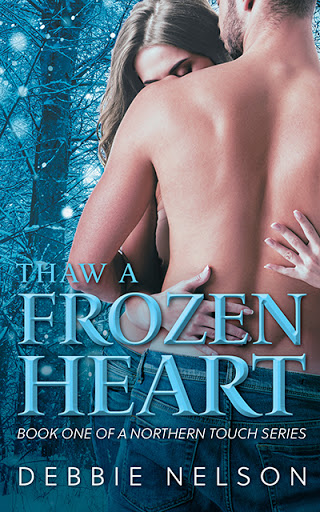 It has been twenty years since Ben broke Kate's heart.

Kate has built a life for herself in the years since she left her home town, the memory of her last day with Ben carefully tucked away. When she encounters him at their high school reunion, the charming boy has become a sexy man who rekindles feelings that threaten to overwhelm her good sense. To protect her heart, she must remain distant and cold. But a part of her wants to give in to the desires he invokes. Can she forgive the past or will she let it dictate their future?

The love Ben has for Kate has not dimmed in the years they have spent apart. When Ben is finally reunited with his childhood friend turned lover he hardly recognizes the Ice Queen standing before him. Is his warm and loving Kate still in there? Will his passion for her be enough to melt her frozen heart?

Debbie Nelson was raised in northern British Columbia and now resides in Alberta, Canada with her children and a border collie named Flo. She loves to dance, drink wine and travel in a style to which she would like to become accustomed. She has an addiction to decorative boxes, most of which remain empty. An avid reader herself, she is often found curled up in a cozy nook with a forgotten cup of coffee beside her while she is lost in a steamy romance, cozy mystery or fantasy novel.

If you want to know when Debbie's next book will be coming out, please visit her website at www.triplesliceoflife.com