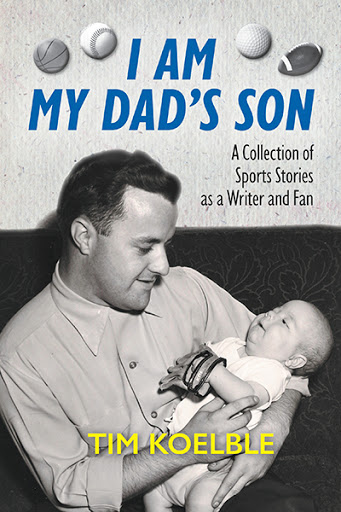 This book is a compilation of memoirs the author has experienced in his life, in his world of sports. It's never too early to start. That's what the author did and he carried on for 52 years before retiring in February, 2020. The writer expresses his upbringing with his father, having followed in his footsteps in the newspaper business. His father started young and actually became a father for the first time on a day he began his first position as a sports editor in Canton, Ohio. The author didn't back away and took a shot at the typewriter at age seven. Thus, the title of this book was born. In October of 2016 the author underwent a double lung transplant and writes about his life-saving experience. Sports fans will enjoy tidbits about baseball and first-hand golf trips to Ireland and Scotland. You'll enjoy his personal moments with the late Muhammad Ali. There are nuggets about Rocky Colavito, Arnold Palmer, Jack Nicklaus and more. Golfers all have a favorite highlight and read about that of the author. It's all inside these covers.

Born in 1951 in Canton, Ohio, Tim Koelble is the oldest of five children (brother Kevin and sisters Christine, Kathleen and Patricia). He followed his father, Charles, in the newspaper business in his teenage years. At age 15 his first official coverage was a two-day small college basketball tournament. At age 19 he became sports editor of Cleveland’s large weekly publication Sun Newspapers for the eastern suburbs. After making alternate moves to other Cleveland publications and then to Mansfield (Ohio), to Columbus (Ohio) and back to Cleveland, Koelble moved to Hagerstown, Md. and was a sportswriter at The Herald-Mail from 2002 until his retirement in February, 2020. As an avid golfer, he carried that love to newsprint, covering golf locally and in the Middle Atlantic. In 2015, he was named recipient of the Earle Hellen Sports Media Award by the Middle Atlantic section of the Professional Golf Association (PGA), recognizing outstanding golf journalism. In 2016 he underwent a double-lung transplant and later continued his writing and golf coverage. One year after the transplant he successfully participated in a 5K run/walk by Living Legacy of Maryland. His last assignment by plan was coverage of the national Saint James Invitational tournament (SJIT), featuring top prep schools from around the country. He has always been a fan of the Cleveland Indians, Cleveland Browns, Cleveland Cavaliers and especially of The University of Notre Dame. As of this publication date, he and his wife, Susan, were married for 9 years.