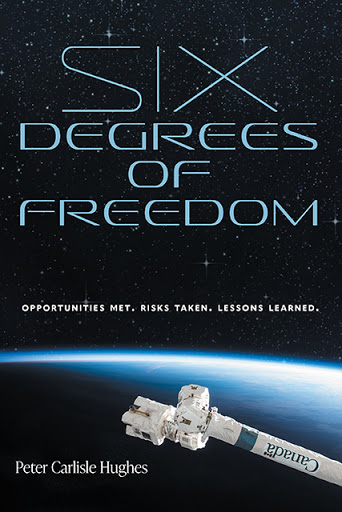 “Hughes is a natural storyteller who writes with honesty and humor. His personal charm

comes through his pen to welcome the reader.”

"Hughes is a dynamo: scholar, engineer, husband and father, kids’ soccer coach, author, traveler, businessman, and full professor. His contributions are remarkable, yet there is a skillful blend of the personal and the professional."

Peter Carlisle Hughes has been a professional engineer (PEng) in the Province of Ontario since 1964. He is a Fellow of the Canadian Aeronautics & Space Institute (CASI) [Chairman, Toronto Branch, 1977–1978], a Fellow of the American Institute of Aeronautics & Astronautics (AIAA), 2008 [all American nominators], and a Fellow of the Canadian Academy of Engineering. In addition, he has received the Casey Baldwin Award, from CASI for the best paper published in the CASI Journal during 1983; the Cockburn Professorship from the UofT Faculty of Applied Science & Engineering, 1986–1991; the Alouette Award (CASI) “. . . for outstanding contributions to advancement in Canadian space technology, application, science and engineering,” 2006; and the John Chapman Award from the Canadian Space Agency, 2007 “. . . for tremendous impact on Canadian space technology.”