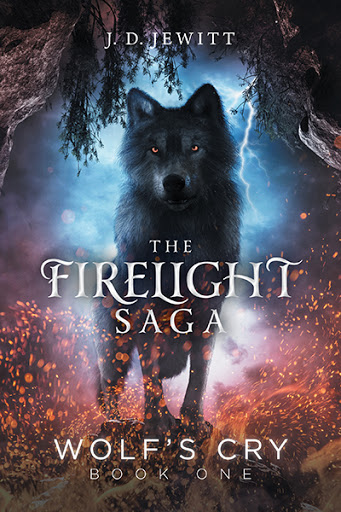 Orphaned on the streets of New York City, poor Barry struggles to survive. When he stumbles upon an ancient tunnel, the boy uncovers a mystic war that has raged for centuries.

Despite his objections, Barry is thrown into the middle of the deadly fray. Can he trust the two others he finds by his side? Will the monstrous wolves devour him? Who is the mysterious Wizard of Light? Follow Barry, Lauren and Cliff as they brave giant wolves, dark magic, and flat out rotten luck. This is the Firelight Saga!

J. D. Jewitt grew up listening to his Dad tell bedtime stories. According to Jewitt, this is where his love of storytelling began. His Father captivated his sons with gripping tales he made up on the spot. Jewitt aspired to do the same. His love of stories continued throughout his childhood. He blazed through countless adventures involving magical wardrobes, impulsive demigods, and snarky wizards.

Soon, his love for stories led him to compose adventures of his own. He credits C.S. Lewis, Rick Riordan, and Jim Butcher as his key influences. Jewitt maintains his love for reading and can often be found with his nose buried in a book. He lives in Oklahoma where fried chicken, sweet tea, and bless your heart are a way of life.