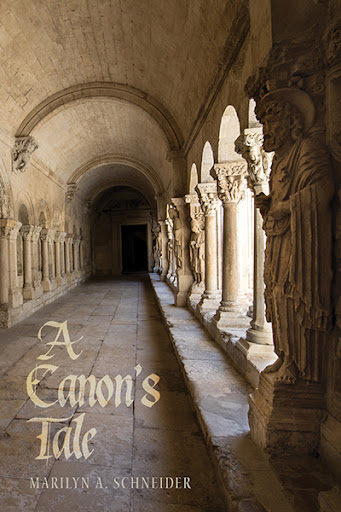 A Canon's Tale
by Marilyn A. Schneider

It was a time of faith. Men believed. To the chosen few, the Christian God spoke directly and laid out His wishes and orders.

But He sometimes changed His mind.

Or perhaps His messages were not understood.

The year is 1135 in the town of Arles in what will much later become southern France. Looming territorial wars between powerful families threaten to breach town walls. False prophets travel from town to town preaching their heresies to eager crowds. Calls for a Second Crusade to secure the Holy Land will begin to ring out. Amid the noise, the ears of Pons de Baucio, a devout young canon at the Cathedral of Saint-Trophîme, are still attuned to the small voice of his God, which has faithfully guided him all his life.

But when God entrusts Pons with the message that he and his chapter must embrace the vita apostolica by adopting the Rule of St. Augustine—a lifestyle that will involve renouncing wives, mistresses, and families; forsaking personal property; and living communally—the proposal is far from favorably received by Pons’s fellow canons.

Thoroughly researched and rich in detail on actual historical persons, places, and events, A Canon’s Tale is the story of how Pons, though met with challenges and resistance at every turn, labors fervently and relentlessly for the next three decades to carry out his twofold mission: to convince the canons that this is God’s will, and to oversee the construction and artistry of the cloister to make communal living possible. All the while, Pons must wage his own internal war—against the forces of temptation.

"… an unusual lovely warm, humane story … the Arles Cloister and its creators come to life… an immensely readable historic novel.”

"… a compelling historical novel about a man’s attempts to balance his faith with his duty to the church.” 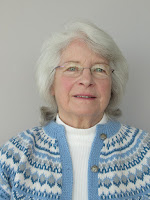 Marilyn Schneider first encountered Pons de Baucio in twelfth-century documents while conducting research for her PhD dissertation, “The Sculptures of the North Gallery of the Cloister of St.-Trophîme at Arles.” As she endeavored to connect the dots of his life and read between the lines of what she discovered in the historical records, inspiration for an historical novel emerged. A Canon’s Tale, her debut, is the result.

She was awarded a PhD in Art History by Columbia University in 1983 and has since enjoyed a varied and rewarding career teaching medieval art at Queen’s University, working in research administration, and serving as executive director of the Canadian Breast Cancer Research Alliance. She and her husband, a professor emeritus at the University of Toronto, live in downtown Toronto near their two grown sons and their families. She still loves to follow in Pons’s footsteps by visiting Arles and its related magnificent landmarks as often as possible.