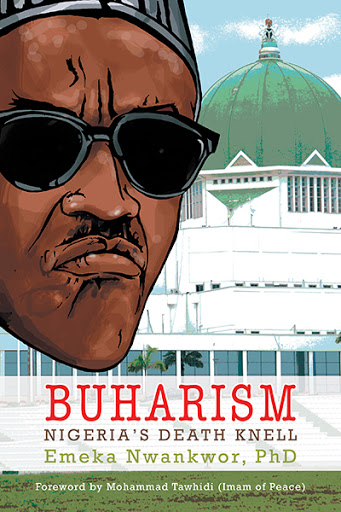 This book poses the question: When does a President lose the moral authority to lead?

• Is it when he steals an election and usurps the presidential mandate the people had given his primary challenger?

• Is it when he orchestrates sectarian-inspired massacre of his people and turns his country into the biggest human abattoir on the face of the earth?

• Is it when he bares his fangs on peaceful protesting citizens but turns a blind eye on terrorists who butcher defenseless citizens?

• Is it when he creates industrial-scale poverty in proportions that makes his country the world’s largest concentration camp of people living in extreme poverty?

This book provides an overview of Nigeria’s history to the present day, with specific focus on the current government led by President Muhammadu Buhari. It catalogs the unmitigated failures and the endless buffoonery that have become the hallmark of Buhari’s government since 2015.

As a political philosophy, Buharism is the art and science of incompetency. It means failure, and there is nothing rational about it. But as Nigeria dithers on a precipice, Buharism: Nigeria’s Death Knell offers a corrective measure to rescue the country.

Rebellion against failure and incompetence is an act of honor. This honor is intrinsic to the rebel the way treachery and sycophancy are intrinsic to those who seek to entrench and sustain the status quo. Weaving between logical analysis and personal experience, the author draws upon a series of insights to offer perspective on why Nigerians are morally obligated to rebel against the “leadership” of an illegitimate President.

It’s time to kindle a fire that will make Nigerians understand that it would be a monumental mistake to sit idly by a calendar and countdown the days to May 29, 2023. Nigeria is at risk of an imminent collapse. To sacrifice President Buhari and his government is national interest premised on realism.

Emeka Nwankwor was born in Bauchi—northeastern Nigeria—to an Igbo family that originated from southeast Nigeria. He is versed in the politics and institutions of the Nigerian state. He worked closely but informally as Personal Secretary to late Ibrahim Coomassie at different times, and he witnessed some aspects of the transition of then president-elect Muhammadu Buhari in April and May 2015.

Emeka Nwankwor is a Chartered Engineer with the Engineering Council. He worked as a university lecturer in Nigeria, and he has also worked in Canada’s Alberta oil sands. He lives in Texas, USA.