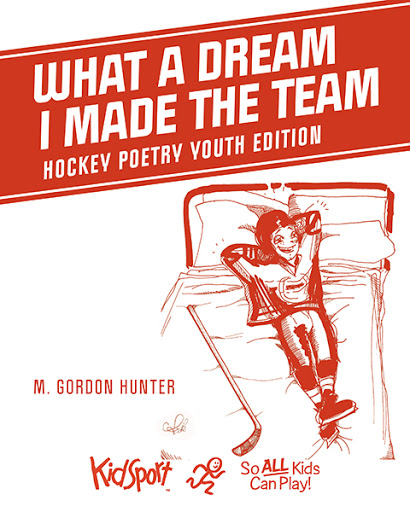 What A Dream I Made The Team
Hockey Poetry Youth Edition
by M. Gordon Hunter

I MADE THE TEAM

When I tried out

There was no scout

Who’d seen me play before

When I walked on

And showed them I could score

When I am set

A shot in my direction

Will come so quick

But with my stick

I’m set for a deflection

But on any night

I’ll do what needs be done

I chase the puck

Am prepared to muck

It really is such fun

I play both ends

With foe and friends

I can play many roles

But watch me play

And you will say

This kid can sure score goals 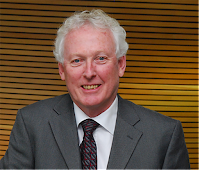 Dr. M. Gordon Hunter was appointed Professor Emeritus upon his retirement in July 2016. Gordon has held academic positions at universities in Canada, Hong Kong, and Singapore. He has held 23 visiting positions where he has conducted over 150 invited presentations at universities in Australia, England, Germany, Monaco, New Zealand, Poland, Turkey, and USA. Gordon has a Bachelor of Commerce Degree from the University of Saskatchewan in Saskatoon, Saskatchewan, Canada and a PhD from Strathclyde Business School, University of Strathclyde in Glasgow, Scotland. He has extensive experience as a systems analyst and manager in industry and government organizations in Canada. Gordon has written 4 academic books, edited 16, and published over 110 combined peer reviewed chapters, journal articles, and conference papers. Gordon’s research approach takes a qualitative perspective to conduct in-depth interviews. He applies qualitative techniques in interdisciplinary research such as small business and cross-cultural investigations. His research interests in the information systems (IS) area include the effective management of IS with emphasis on the personnel component; the role of Chief Information Officers; and the use of IS by small business. In his retirement Gordon has employed the same qualitative research techniques to investigate various aspects of hockey players and their teams.

In his younger years Gordon was a goalie. His first year of university was on a hockey scholarship. Gordon now lives in Lethbridge with his wife of 50 years, Shirley. They were in Grade 4 together and dated for 6 years before marriage. They have two sons (Jeff and Robb) and two grandchildren (Callum and Lexi).