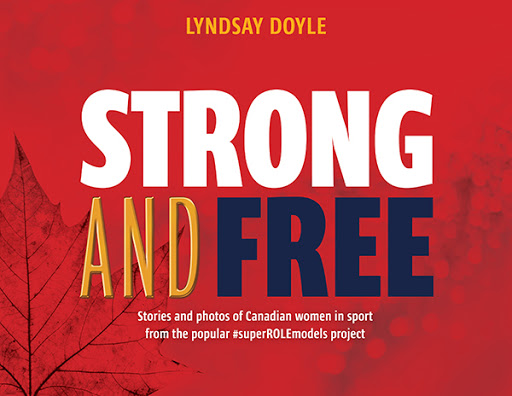 Adolescent girls are dropping out of sports at an alarming rate, despite having more opportunities than ever before. More than that, mainstream media coverage of women’s sports has declined over the last twenty years, and currently accounts for less than 5 percent of the total. Is it possible that there’s a connection between these dispiriting statistics? Is it possible that young girls would have a better chance of staying in sports if they could actually see the older equivalent of themselves more often? With Strong and Free, Lyndsay Doyle believes we have the power to change their lifestyle trajectories through photographs.

Here is inspiration for Canadian female athletes, coaches, and officials in one collection, assembled in the hopes of expanding media coverage of female sports and encouraging young girls to enroll and stay involved. These photographs capture sporting women in all walks of life—all ages, all body types, from beginners to Olympians. These women share common traits that often transcend sports: determination, perseverance, dedication, patience, and responsibility for showing young girls how sport can benefit them.

Strong and Free gives these incredible role models for young girls a powerful voice. Our girls are watching us. Our nieces, cousins, sisters, neighbours, daughters. If we don’t show them what they’re capable of, who will? 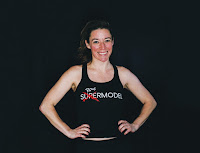 As a self-taught photographer, Lyndsay Doyle was drawn to this topic because she sensed the opportunity to effect change with her pictures. She’s cultivated a large and engaged audience through the years as she experimented with marrying social issues and photography to showcase more realistic, authentic role models in the sports world.

Doyle’s been involved in sports her whole life—first as an athlete and now also as a parent to two competitive athletes. In her spare time, she lifts weights, runs races, and plays soccer. She lives in Stillwater Lake, Nova Scotia, with her husband, Ken, sons, Griffin and Jay, and a cat named Uncle Leo.