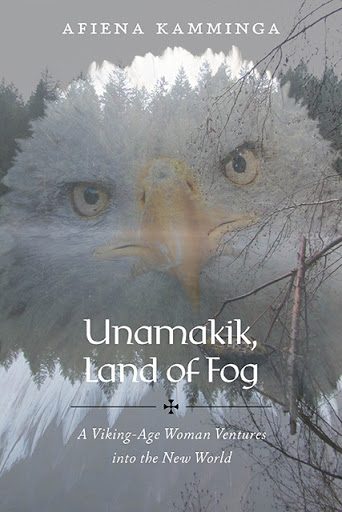 Unamakik, Land of Fog
A Viking-Age Woman Ventures into the New World
by Afiena Kamminga

On an expedition to Westland in search of timber, Thora Thorvinnsdottir continues to be caught in the web of her estranged husband’s cruel animosity. Thora’s countrymen abandon her in a narrow escape from an ambush by a band of native Westlanders. Stranded in an unfamiliar land when their ship departs, Thora nearly succumbs to despair. Then she discovers that Elkimu, the Norsemen’s young Westlander captive, has also been left behind.

Over time, what has begun as a liaison necessary for survival evolves into love. When Thora returns with Elkimu to Unamakik, his homeland, she devotes herself wholeheartedly to integrating with the Ellenu people and culture. When Elkimu’s family ultimately banishes her, she returns to her own people only to discover that her name does not, in fact, reflect who she truly is. Thora finds herself torn between two worlds—and rejected by both.

Thora’s quest for love and an ever-elusive sense of belonging leads to intimacy and alienation, to birth and rebirth, and to the clashing of worlds—one world in which she sojourns, and the other she finds within herself, from the land of fog to clear skies. 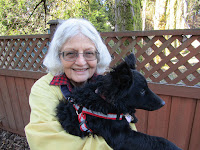 Afiena Kamminga was born and spent the first half of her life in the Netherlands before immigrating to the east coast of Canada, the setting of and inspiration for Unamakik. She has studied and earned advanced degrees in law, anthropology, and journalism and has won numerous regional writing awards for her unpublished fiction and non-fiction works.

She has previously published The Sun Road, the beginning of Thora’s saga and the prequel to Unamakik, and The Storks Came Back, a historical novel for young readers inspired by her husband’s experience growing up in Nazi-occupied Denmark.

Afiena and her husband now live on the west coast of Canada on Vancouver Island with their two adventurous dogs and one not-so-adventurous cat.