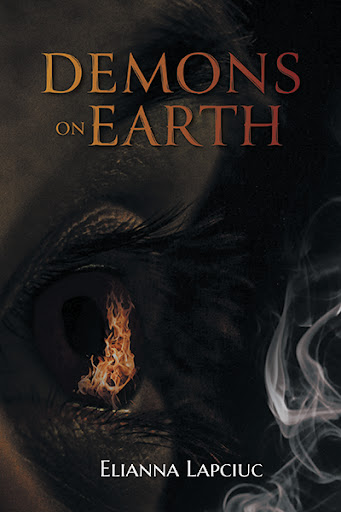 Demons on Earth
by Elianna Lapciuc

After his birth, Ryan’s mother is thrown into lava by the Dark Lord of Hell, his father, to absorb her power. As a fifteen-year-old, Ryan is sent to a boarding school on Earth to collect more souls for his father, who hopes to rule everything in existence. Ryan has other plans and elicits the help of brother-and-sister schoolmates Kevin and Kylie.

Alan, Claire, and Bella are bitten by bat-like creatures at an overnight public school camping trip and fear they have become monsters, too. Unable to control his powers, Alan turns everyone in his neighbourhood into an “army of rogue humans destroying everything.” Alan needs to understand why he keeps getting possessed. To solve a murder, the friends travel back to Hell, where they meet an odd older man, Jorden, and Alan’s real parents!

The characters from stories one and two converge. Ryan begins stress eating as the Dark Lord and Jorden join forces to take over the universe. Relationships are revealed . . . but who is Aunt Ruby? Will our heroes all remain friends or go their separate ways? And will they do so on Earth or in Hell?

Ultimately, Demons on Earth is about family and friendship, told with humour, drama, a lot of imagination—and several trips to Hell and back! 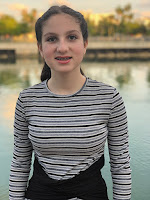 Elianna Lapciuc couldn’t write until she was eleven years old. Unable to get her thoughts down on paper, she used to be at the bottom of the class. Her teachers were so worried about her writing, they would call her mother. Now, at fourteen, her elementary school teachers will be surprised that she’s written and published a book!

When the ideas for Demons on Earth first came to her, Elianna Lapciuc thought it would be fun to write. After her friend read it and told Elianna she should publish it, her dream evolved. She has officially been bitten by the writing bug and is working on her next project.

Elianna Lapciuc lives in Miami Beach, Florida, with her parents and her Quaker parrot, Leafy.