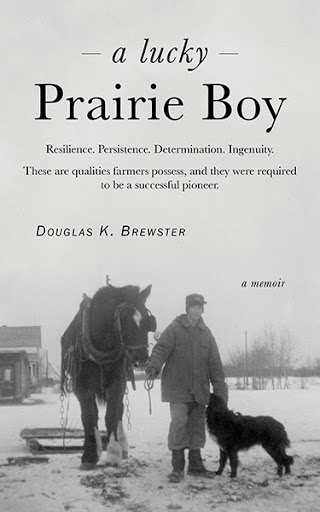 Resilience. Persistence. Determination. Ingenuity. These are qualities farmers possess, and they were required to be a successful pioneer. They also happened to be some of the founding characteristics of the Brewster family.

Douglas K. Brewster was born into a long line of Brewster men, proud of their American roots, proud to be pioneers in Saskatchewan, Canada, and proud to be farmers. Their lineage marks their contribution to the various communities—big and small—they’ve inhabited over the years. Doug grew up in Earl Grey, Saskatchewan, but the pursuit of knowledge carried him all across Saskatchewan and Alberta, as well as to other areas of Canada and the United States.

A Lucky Prairie Boy is the story of Douglas K. Brewster, a farm kid with a rich family history and a keen mind for the bigger picture. Always looking to leave people, places, and inventions better than when he found them, Doug pursued an education in business and professional accounting before starting his manufacturing, construction and farming businesses. He was just as concerned about the farming industry as a whole as he was about his neighbour’s farm and livelihood. But this story is not just about Doug. Always reflecting on the bigger picture, where his family came from to where they are now and will go in the future, Doug intricately weaves his family’s history and his ancestors’ stories throughout his own life’s narrative.

Through a gruelling but happy childhood, first and second chances at love, failed and successful business ventures, friends cherished and lost, and unexpected and ongoing health struggles, A Lucky Prairie Boy is a testament to the Brewster family. 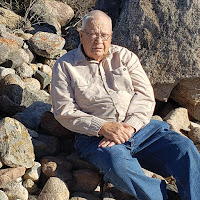 Douglas K. Brewster was born in rural Saskatchewan on January 20, 1943. But this farm kid had higher expectations for his life. While he relished his childhood, he wanted to see and know more than 1950s Earl Grey, Saskatchewan could offer him. Doug attended the University of Saskatchewan in Saskatoon, receiving his business degree, and moved to Calgary obtaining his accounting certificate (Chartered Accountant). With a handful of luck, Doug found himself working for a manufacturing company, which relit a fire Doug had not realized burned within him. Shortly thereafter, Doug began his own business designing and manufacturing trailers (Brewster Trailer Manufacturing), followed by a subsequent business designing, constructing and developing small commercial and residential properties, and manufacturing farm equipment (Douglas Industries Ltd.). Now retired, Doug lives in Calgary, Alberta with his wife, Donna. They are blessed with three children, five grandchildren, and one great grandchild. Every summer they travel back to Earl Grey, Saskatchewan to visit their son’s farming operation—the same farm Doug’s father moved their family to in 1949.