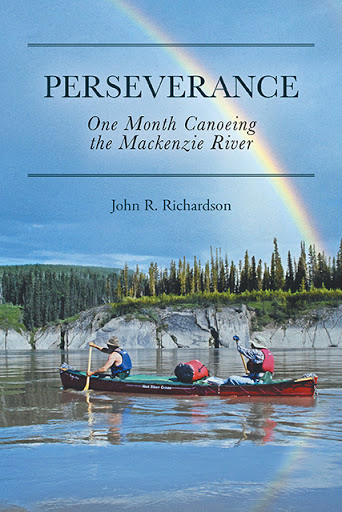 In the summer of 2006, four old men began an adventure that took them from the suburbs of Washington State through British Columbia and Alberta to Great Slave Lake in Canada’s Northwest Territories. In two canoes, they began a 900-mile (1,500 km) journey down the Mackenzie River. One month later, they reached the town of Inuvik near the Arctic Ocean. Perseverance: One Month Canoeing on the Mackenzie River is a memoir of that journey told by one of the four paddlers, John Richardson. In this book, he captures the excitement and challenges of this exhausting voyage: battling the elements, missing and worrying about family, and navigating the second-largest river in North America. He tells stories of the First Nations and Inuit people who live in the wilderness and in villages along the river while also providing anecdotes of history, geography, topography, wildlife, natural resources, and much more. This book provides readers with an opportunity to explore a wild and remote river vicariously. For those interested in actually paddling the Mackenzie, the book also includes a mile guide with extensive information about the river, including the locations of various hazards as well as communities, memorable sights, and prime camping spots.

“…..a very enjoyable book. I have found that most personal experience logs are not to my liking for various reasons. Some try to glamorize a mundane experience, others appear to have been written with one hand and the other hand holding a thesaurus. I found your river log to be straightforward with a delightful juxtaposition of river details, cultural findings, personal exchanges and thoughts of home. Your experience was one which I would have enjoyed doing myself. At least I got to do the river vicariously through your book. Thanks for sharing through the written word." — Bruce Klepinger, Eugene, Oregon

“…..an enjoyable read and a comprehensive guide to an amazing waterway…" — Louise McGowan, Berkeley, California

John Richardson was born in Olympia, Washington, in 1944. He began canoeing on Puget Sound as a young boy but took a hiatus from canoeing for many years when college, his profession, and his family kept him busy. One day after his retirement as a school principal in 2001, he and three friends put their canoes on top of John’s truck and headed for Whitehorse and a 700-mile paddle down the Yukon River. His retirement ended just weeks after his return from the Arctic when, for the next fourteen years, he served as a college instructor, an educational consultant, and a leadership coach. Since that Yukon journey, he has paddled more than 2,500 miles on rivers and lakes in Alaska, British Columbia, Yukon, the Northwest Territories, Washington, and Montana. His most ambitious undertaking, the Mackenzie River, is the subject of this book. At the age of seventy-six, he and his canoe partner, Dan Linnell, still find time to paddle nearly every summer. John and his wife, Susan, live in Burley, Washington, but spend several months each year at their cottage on a remote island in British Columbia. He has two sons, a daughter, and eight grandchildren.