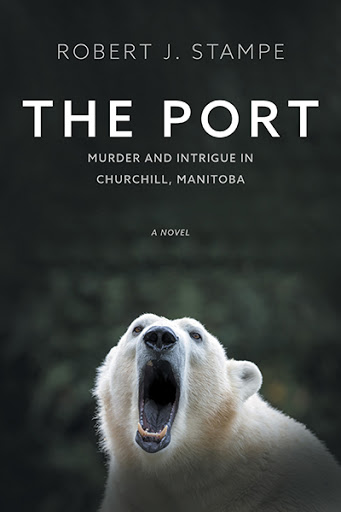 The Port
Murder and Intrigue in Churchill, Manitoba
by Robert J. Stampe

It is 2012, and John Alder is a recently retired Detective Sergeant from the Toronto Police Service. Looking to the future, he applies for and accepts a position as the Security Chief at the Grain Terminal Port in Churchill, Manitoba. As John moves into the job, he soon realizes that there is a lot more going on at the Churchill Port than meets the eye and that he has landed in a nest of deception and murder. His predecessor died under unusual circumstances, and soon after his arrival, he receives threats that he should leave before something similar happens to him. Someone or some people do not want him there.

"Think nothing happens in small-town Canada? Add-in a touch of big-city crime, and let Robert Stampe blow one northern town wide open with his visual, layered and suspenseful style."

—Chuck Bowie, Author of ‘The Body on the Underwater Road,’ the fourth in his ‘Donovan: Thief for Hire’ suspense-thriller series

Robert Stampe has, over the years, written several poems/ballads, as well as numerous short stories and articles that have been published in various magazines and anthologies. With ‘The Port,’ his first novel, Robert extends his already established talent into the realm of crime fiction. In this story, Robert has infused his years of experience living and working in Canada’s North to demonstrate the unique challenges and culture of this underrepresented section of Canadiana.

When Robert is not writing, he enjoys life in the Okanagan Valley of British Columbia, with his wife, Cathy, and their pet dog, ‘Charlie.’

You can learn more about Robert and his work at http://www.robertstampe.com.