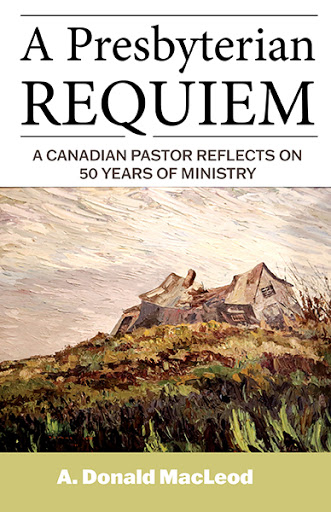 A Presbyterian Requiem
A Canadian Pastor Reflects on 50 Years of Ministry
by A. Donald MacLeod

This memoir recounts six appointments over a half century of Christian ministry.The author, Don MacLeod, has seen the Presbyterian Church in Canada go through some major challenges, as Canadian society is changing. He was accepted as a candidate for ministry in 1955, as the Church responded to a Post-World War II surge in religious interest. As a minister ordained in 1963, in Nova Scotia, he developed a warm affection for the Church in rural Canada. In 1967, moving to suburban Toronto, he founded a church committed to gospel ministry. He went on to work ecumenically with the Evangelical Fellowship of Canada, and then as national director of Inter-Varsity Christian Fellowship. Returning to parish ministry, he served two urban historic congregations: Knox, in downtown Toronto, ON, as associate pastor, and Newton Presbyterian Church in Boston, MA, where he served the Maritime diaspora. He returned to Canada in 1997, to a denomination in decline, and retired eight years later. In this book he reflects from his experiences in ministry with faith and conviction, as his Church faces an uncertain future. 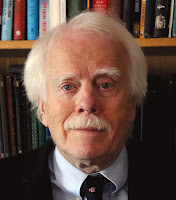 A. Donald MacLeod is a retired minister of the Presbyterian Church in Canada. An Honours History graduate of McGill University, Montreal, QC, he has an AM from Harvard Graduate School (Woodrow Wilson Fellow). He's a graduate of Westminster Theological Seminary, Philadelphia, PA, from which he also has an honourary doctorate, as well as one from Gordon-Conwell Theological Seminary. He has been President of the Evangelical Fellowship of Canada, and General Director of the Inter-Varsity Christian Fellowship of Canada. From 1997-2019 he was an adjunct faculty member at Tyndale Theological Seminary, Toronto, ON, where he taught missions and church history with his wife, Judith, a graduate of Oxford University and Gordon-Conwell Seminary. The MacLeods have two sons, Alex, a minister in Guelph, ON, Canada, and Kenneth, co-founder and CEO of Aladdin Educational Software company in Dublin, Ireland. The MacLeods have made their home on the shores of Brighton Bay, since 1997.