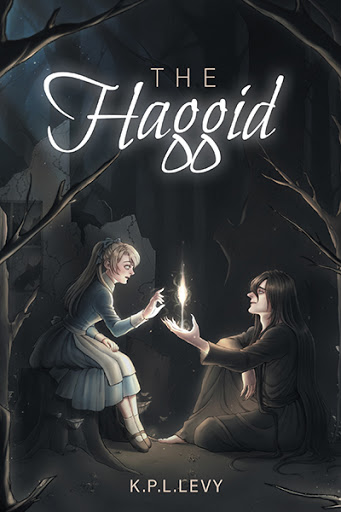 Lily Waters always dreamed of venturing outside of her hometown of Hunningale. Fantasizing about the creatures and other worlds within her books, she never would have imagined such things would be brought to life.

Too curious for her own good, she found herself within the now rediscovered St.Murus church and was quickly pulled through an invisible rift by a creature unlike anything she had ever seen before and found herself in the world of Lostalius.

She meets a mysterious creature, a ‘man’ who referred to himself as ‘The Haggid’. Lily feels drawn to his presence quickly and wishing to know more about him and his qualms with the man known as ‘Gaslow’, but eventually realizes how dangerous this other world might be when she finds out she has twenty-four hours to live.

Traveling with the creatures of the magic induced world, she discovers things about herself she would never have found out in her own world. This makes her question if she is even 'normal' and carves self doubt in her mind, but she refuses to give up until she knows the truth of why she has the 'powers' she does.

Levy was born in Nova Scotia, Canada and attended two colleges through her life. Dropping from animation college after discovering it was not what she wanted, she attended and graduated from cosmetology school in 2011.

An avid fan of fantasy, she has been writing fiction online since the age of nine. English and art being her favorite subjects in school, she wanted to push her imaginative skills and write something of her own for the past seven years for young adults who would be able to relate to the characters and their troubles, and a world they could become easily lost in and enjoy.

Her first book, The Haggid, was written for her late mother in mind, who had wanted to become a nurse and author respectively.