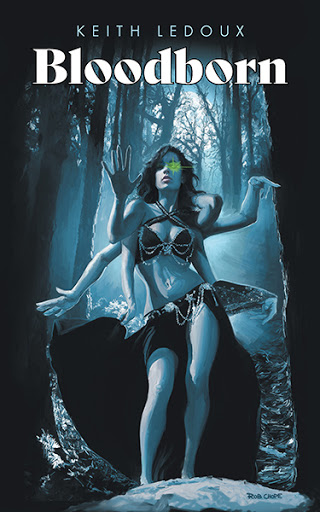 Picture a werewolf. Do you see a full moon dominating the empty night sky, and a half-man, half-wolf monster prowling among the trees? This isn’t even close to the truth.

For Nick Campbell, life as a werewolf is just that: his life. It began with a bite, but it quickly devolved into a nightmare of laboratory testing and years of captivity. Now a grown man, he’s living free but on the run with a pack of shifters. When his found family presses him into the sphere of the fascinating woman named Lynsey, he’s forced to re-examine all of his beliefs. Can his tight-knit circle adjust to accommodate an uninfected? Would Lynsey be willing to take on the risk inherent in his lifestyle? And how can he find out without tipping his hand, and risking the loss of everything?

He believes danger is in the past, but that past won’t stay buried. It will take everything Nick has to protect his pack, keep Lynsey safe, and take revenge on the man who stole so much of his life.

Keith Ledoux is a mixed-media artist, photographer, and writer. Expressing himself creatively is at the core of his personality: he knows that written words have the power to create worlds unlike any other, and he hopes Bloodborn will draw readers into a world just a step sideways from our own.