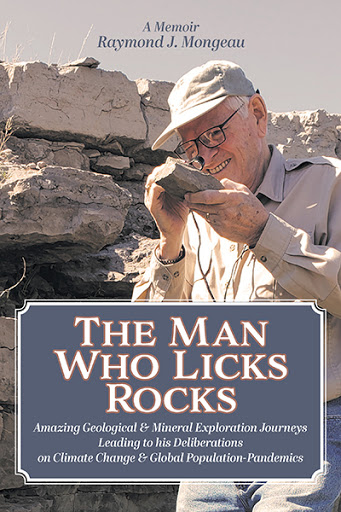 The Man Who Licks Rocks
A Memoir - His Amazing Geological & Mineral Journeys leading to his Deliberations on Climate Change & Global Population-Pandemics
by Raymond J. Mongeau

The earth is constantly changing, as it has for the past 4.6 billion years. The massive geological shifts that have happened over earth’s long history have led to various climate changes, including ice ages and warming periods. Despite dire warnings from various organizations, including the IPCC, human activity cannot be solely blamed for our current global warming episode, an episode that is unlikely be an oncoming crisis.

We have bigger concerns. Our population is growing at an exponential rate, and our agricultural industries may not be able to keep up with the growing demand. Also, this is likely to lead to more deadly epidemics and pandemics in the near future comparable to or worse than the COVID-19 pandemic that is attacking humanity today.

In The Man Who Licks Rocks, Raymond Mongeau explores in his personal memoir earth’s geological history and events based on years of experience in geology with the Geological Survey of Canada, the mineral exploration and mining investment industries to explain their effects on climate change. He developed a hypothesis to explain how the cyclic nature of limestone deposition in oceans is one of its primary effects. He delved with the unprecedented growing population crisis with its potentially future accompanying pandemics comparable to the COVID-19 pandemic that humanity is now facing and suggests these to be the primary crises world leaders should now be focusing on.

Informative and entertaining, The Man Who Licks Rocks provides insight into the geology and the gold and base-metal mining industry in Canada and a different perspective on the crises that is facing humans today and in the near future. 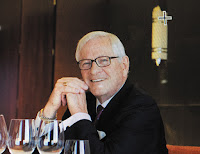 Raymond Mongeau graduated from Saint Francis Xavier University in 1961 with a BSc Degree with a major in geology. He completed two years toward his MSc in Geology at the University of Ottawa.

He has over sixty years’ experience working with the Geological Survey of Canada mapping in Northern Canada in his early years and thereafter with the Canadian mining industry as a consultant geologist, a mining CEO executive and a mining investment analyst on Bay Street’s financial center in Toronto.

He lives in Mississauga, Ontario with his wife of fifty-five years, Pat, and near his son, Stephen.