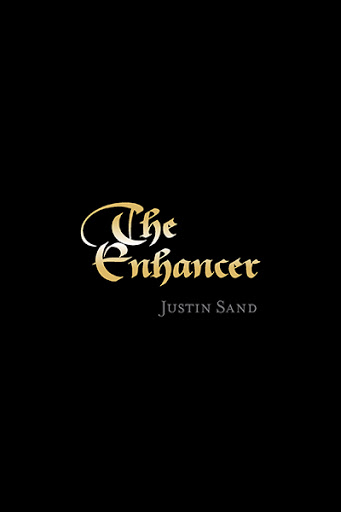 The Enhancer
by Justin Sand

Fifteen-year-old Jason is in trouble… again. Exiled to the hallway after yet another class disruption, his abilities might be different than the ADHD and bipolar disorder he’s been diagnosed with. It’s tough for Jason to sort through the thoughts in his head because, he’s beginning to realize, not all of them are his.

Psychologists Mark McGraff and Cathy Sutherland take an interest in Jason’s case, raising the possibility that Jason has a psychic gift. Though belligerent at first, Jason eventually warms to his sessions with Mark, challenging society’s traditional approach to psychotherapy, the medicalization of mental illness, and Mark’s true motivations as a therapist. As Mark grapples with a tragic past, Jason pushes him into uncharted emotional territory—until Mark has to face his own crisis.

The Enhancer journeys through love, grief, misunderstanding, and connection, questioning mental health categories and our society’s compulsive medicalization of the human experience. As Jason struggles with his gifts, we wonder whether the world can welcome someone like him—or if it’s easier for us to deny such remarkable abilities.

Justin Sand has lived and worked in the mental health and addictions field since 2008. He holds degrees in philosophy and sociology from the University of Victoria. The Enhancer is his first novel. He lives in Victoria, Canada and spends his time earning a living in the most creative ways he can find.