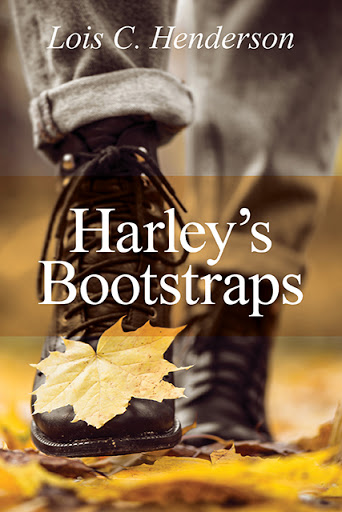 Harley, named after the iconic motorcycle and the youngest of nineteen children, is dying on the vine of neglect. Anxiety wakes her before dawn each day, and she braces herself with coffee and her first smoke of the day, wading through dirty dishes and serving breakfast to assorted nieces and nephews. With few friends and fewer prospects, Harley drifts toward underachievement and delinquency. Her wayward school attendance and a shoplifting incident lead her high school to identify Harley as ‘at risk,’ and officials sign her into a student mentorship program. Paired with a young, female doctor, the arrangement initially yields little value.

Ultimately, however, it develops into a complex net of relationships and a community that neither woman could have imagined. As the women cope with physical abuse, love, death, motherhood, and more, readers are drawn into their lives and the lives of their friends. With help from her community, Harley pulls herself up by her bootstraps, and as she does, she raises those around.

Harley’s Bootstraps is a testament to women’s strength and resilience, and it demonstrates the intimacy and power of female relationships. It speaks to the hard-won battles that women need to be proud of and inspires women to care about and to take care of each other.

Three Canadians, wounded in different ways, begin to form an unlikely family in this novel about loneliness, connection, and survival. Henderson’s poignant narrative is engrossing and optimistic, depicting the inner lives of her characters with savvy precision. Her language is incisively descriptive...A perceptive, tender, and affirmative tale about women repairing old hurts and forging new bonds.

Lois Henderson expertly wields her life experience, from her career as a senior executive in the mining industry, volunteering in her community and agency mentorship programs, and as mother to three daughters and four stepdaughters, to craft this first novel, Harley’s Bootstraps. Her intimate knowledge surrounding the importance and power of female relationships is evident throughout this powerful tale and convincingly informs the dominant themes of the narrative.

In 2016, Ms. Henderson won a coveted, six-month Sheldon Oberman writing mentorship through the Manitoba Writer’s Guild, which allowed her to work with a successful Manitoba author.

She lives in Brandon, Manitoba, Canada with her husband, Dave, and their dog, Archie.

Harley's Bootstraps has been nominated by our staff as one of their favorite books.