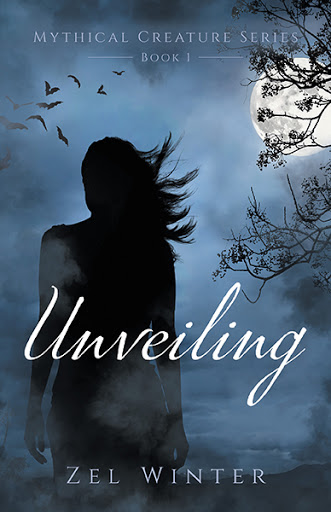 Dan Noble is an old Vampire, perhaps the oldest in the world. One night on the prowl, he is inexplicably drawn to a plain-looking university student. But Nina Wright is not as boring as she seems: she meets Dan's charm with the allure of her own, and the two share an unforgettable night. When Dan tries and fails to compel Nina to forget their encounter, he suspects that she is no ordinary human. And when a gang of bloodthirsty vampires singles her out for a vicious kidnapping, he realizes the girl he has fallen head over heels for may very well be a Human Immortal, a being of awesome power. Nina will be able to reclaim her supernatural gifts if she chooses a mate of her own lineage, Nature's Immortals: a Dragon, Were, or Fae. As a Vampire, Dan would only stand in the way of her destiny.

Will he find the courage to give up his true love just as soon as he has found her?

Unveiling is Book 1 of the Mythical Creatures Series, in which powerful Immortal beings battle for justice in a magical world just beyond the veil of our own.

Zel Winter lives in Toronto, Canada with her husband and two daughters, two dogs, and two cats. This is her first published book.