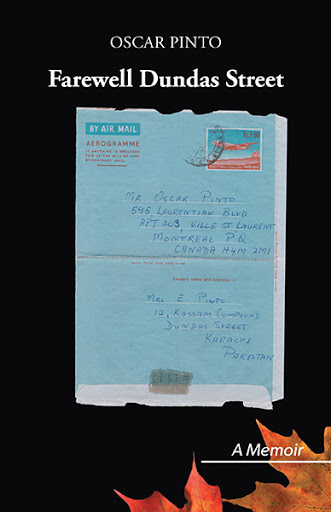 Symbolically greeted by an unusually early spring, the afternoon of March 27, 1973 marked a pivotal moment in Oscar’s life. It was the day that he arrived in Montreal, Canada, and his life began to flourish. He was sixteen years old. Ten time zones and three continents away, in South Asia, Oscar had bid a permanent farewell to his parents and brothers, extended family, friends, and everything familiar, including the hot tropical climate. But Oscar’s journey was no happenstance; it was the unfolding of a dream, the origins of which he has traced back to when he was eight years old. He took steps to make it happen, and it did. His life before that pivotal moment was in sharp contrast to his life after. This is Oscar's story of after and before, told against a backdrop of the music inextricably linked to his recollections.

“In this intimate memoir, one is taken on a coming of age journey complete with a compelling soundtrack. It’s a journey that spans from Pakistan to Canada and one that shows us how sometimes even the dreams we conjure up in childhood become our futures.” 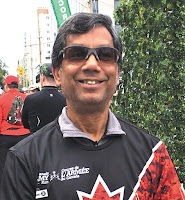 In the earliest years of his life, Oscar lived in Karachi, Pakistan. Oscar immigrated to Montreal, Canada when he was sixteen years old, immediately after being awarded his Cambridge O Level (high school) certificate. In Montreal, he attended Dawson College, and then went on to study electrical engineering at McGill University. After working as a design engineer for many years, he received his MBA from the University of Ottawa and worked in the field of technology marketing. Oscar has a passion for learning. He recently earned a Diploma of Higher Education in Astronomy. He lives in Ottawa with his wife and life-long friend, Darlene.