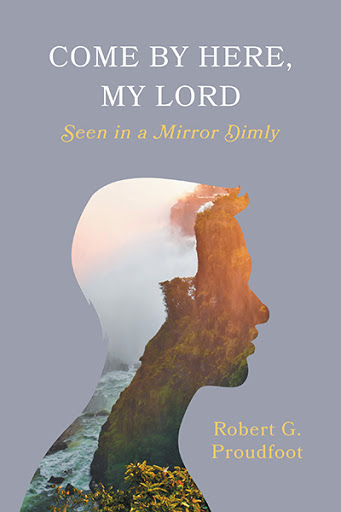 Come By Here, My Lord
Seen in a Mirror Dimly
by Robert G. Proudfoot

Orwell Hughes - 20 years old, active in sports, arts and church - enjoys life as a young man coming of age in 1974’s Lusaka, where his father (James “Bwana” Hughes) is a Canadian diplomat and Orwell attends the University of Zambia. Orwell endears himself to African peers Benjamin Mudenda, Winter Banda, and Cepheus Belo, through interests in African languages, history, justice, and aspirations. Yet, he suffers racism and awkward social relationships with young women that his father and older brother Richard can’t help him solve.

Orwell invites Tracy MacDonachie, his former Sunday school teacher and youth leader - who encouraged him as an impressionable lad back home in Canada - to visit him in Zambia, hoping that this older, successful and wiser man can continue to mentor him. Orwell’s sisters Suzanne and Janice Joanne invite Tracy’s sisters Kathleen and Alicia, to visit. The MacDonachies arrive for Easter but stay longer than planned, and are not as remembered; Tracy woos Orwell’s girlfriend Georgina. Several other Canadians join Bwana Hughes’s team, including Karla Bryant, whom Orwell agrees to tutor in English while the university has been closed by a workers’ strike. His hopes revive when he joins Tracy’s boxing clinic.

Robert Proudfoot, an Edmonton, Alberta-based creative writer, tutor, and editor, was born and raised in Alberta, but spent four years as a high school and university student (1969 to 1973) in Lusaka, Zambia; and subsequently worked as an agro forester in Nigeria, west Africa from 1988 to 1991. Robert is also a professional environmental scientist and is married to Valerie, with whom they have two daughters, Annora and Alicia.

Robert writes about diverse, often controversial topics that interest him, including: mental health; truth and reconciliation; building bridges with, rather than walls against, other cultures and faiths; social justice; enjoyment of sports and nature; and relations between humans, the environment, and their Creator. He continues to learn about African as well as indigenous Canadian history, culture, concerns, and socioeconomics. Robert believes in Canada but he also feels that we all can do better to care about one another, as well as protect the world’s environment, which are all interconnected but unique to stakeholders and time.

Robert Proudfoot is a member of the Writers’ Guild of Alberta. In February 2019, he published “Enduring Art, Active Faith - 3 Generations Create!”, a poignant collection of short stories, essays, poetry, and depictions of physical art work created by three generations of his family. Robert researched and wrote the background document for a CD prepared in 2009 to celebrate the 50th anniversary of Edmonton’s First Mennonite Church. Mr. Proudfoot presented a biography of his grandparents who lived/worked in Edmonton during the early 1900s, called “A Playful Policeman Meets the Citizen-Making Teacher”, in May 1994 for “Come and Know Your History” project that celebrated Edmonton's 200th anniversary.