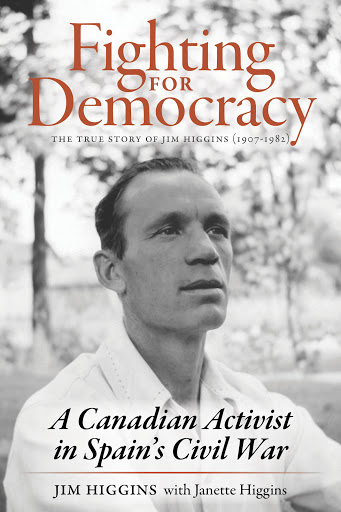 Fighting for Democracy
The True Story of Jim Higgins (1907-1982), A Canadian Activist in Spain’s Civil War
by Jim Higgins and Janette Higgins

Jim Higgins defied Canadian law to fight for democracy in the Spanish Civil War. On return, he was branded a communist, hounded by the RCMP, and welcomed by Lincoln Battalion comrades when he sought refuge in New York.

Jim was born in London in 1907, schooled in Manchester and Bristol, and sailed to Canada at twenty-one. During the Great Depression, employers blacklisted him for union organizing, the RCMP added him to their radical files for relief camp “agitating,” and he was jailed briefly when the Regina Riot ended the On-To-Ottawa Trek.

By 1937, he was with the International Brigades in Spain; a machine gunner in the Mackenzie-Papineau Battalion—the Mac-Paps. Forty years later, he was found by Manuel Alvarez, a boy whose life he’d saved during the bombing of Corbera d’Ebre. Manuel’s 1980 book, The Tall Soldier (El Soldado Alto), paid tribute.

The RCMP saw Jim Higgins as a radical, people whose lives he saved saw him as a hero, and for one of his actions in Spain he was described as “extraordinarily brave.”

Jim Higgins saw himself as an anti-fascist, a social democrat, and an independent thinker. Readers will form their own opinions.

“The fact that (Jim) was involved in secret ops makes this book particularly memorable…a key read for historians looking for new details of the Battle of the Ebro.”

“I was riveted. There are few workers’ memoirs as excellent…engaging, informative, and very well written.” 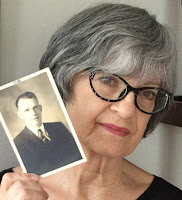 Jim Higgins wrote part of his story in 1939 in Saskatoon and the rest in 1977 in Peterborough, where he died in 1982. It lay fallow until his daughter, Janette Higgins, organized it into coherence with additional biographical detail.

Janette has a B.A. in the Sociology of Work from the University of Toronto and has written six acclaimed B&B guides. She lives in Toronto and will direct proceeds to causes important to Jim.