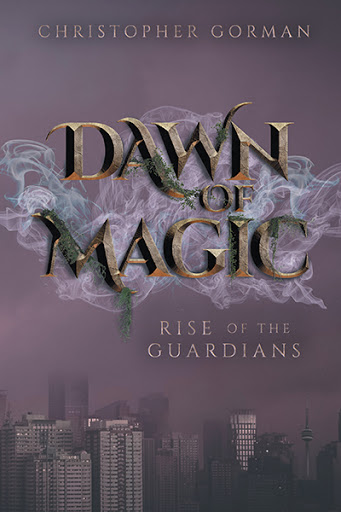 Dawn of Magic
Rise of the Guardians
by Christopher Gorman

It’s the year 2103, and Earth is in crisis. Temperatures are increasing dramatically, crops are failing, and humanity is struggling to adapt. As climate change and political tensions between Canada and the United States escalate, a long-dormant natural force awakens to reclaim her power from the ravages of science, politics, and organized religion: Mother Nature. However, she cannot succeed alone.

In Toronto, a young man named Aiden has been enduring splitting migraines and vivid dreams that transport him into visions of underground caverns and cataclysmic events. Just when he suspects he’s on the brink of insanity—or possibly even death—a charming stranger coupled with a freak accident unleashes a power from within. Soon, Aiden and his two closest friends find themselves on a journey of joint self-discovery, becoming the first wizards—Mother Earth’s warriors—to appear on Earth in over three thousand years.

Aiden’s inborn magic leads him to a reclusive group known as the Guardians, who teach him how to wield his power. However, it isn’t long before his adventures pit him and his friends against a powerful force that deems magic heresy: the Catholic Church. From an ancient stronghold in Ireland to a secluded village in the French Alps, Aiden and the other wizards must learn to master their magic and protect their ancient knowledge in order to help save the planet. 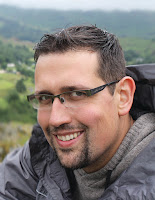 Christopher Gorman is a Canadian author who’s had a love for reading, writing, and science since childhood. As an adult, his fascination for fantasy and magic blossomed, and he began making notes and drafts for his first novel—Rise of the Guardians—in which he explores what he identifies as the trilogy of powers in this world—nature (magic), faith, and science.

He had several careers from suits to cars to airplanes before rediscovering the story bubbling within. Embracing his passion, he joined the Canadian Author’s Association. Their events, coupled with writing circles and participation in National Novel Writing Month, helped galvanize him into completing his novel. During the writing process, Gorman rediscovered himself and a partner who fully supports his creative endeavours. Traveling throughout Canada and the world, he has participated in pagan rituals in the mountains and explored sites of ancient wisdom in England, Wales, and Ireland. Rise of the Guardians is Book 1 of the Dawn of Magic series. Book 2, The Technicians, is forthcoming.