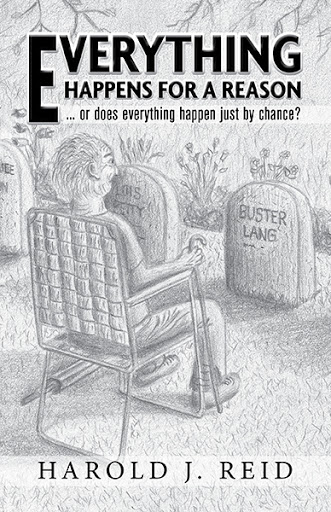 Everything Happens For A Reason
... or does everything happen just by chance?
by Harold J. Reid

Finley and Gertrude envy the Hansons dying of natural causes, peacefully, and at the same time, and they set out to try and duplicate what they did. The task proves harder than they expect and funny things happen on the road to trying to accomplish what remains the last thing to do on their bucket list.

While all this is transpiring, Finelope Final, the funeral home director, spends her time throughout the novel trying to convince seniors in the local retirement homes that dying and coming to her is better than living and staying in the retirement home.

Meanwhile, those in charge at the retirement homes fight back and come up with monthly incentives to entice their residents to want to keep on living and stay with them.

In high school I really enjoyed Thomas Hardy's The Major of Casterbridge which I took in grade eleven. That was one book of a few books I kept and I said I would read it again when I retired, which I did. Then I started buying all of his novels until I had them all. Also his short stories and poetry as well. Next I started to get all of the novels from England in hardcover from the early 1990's.

When I began to write, you would think I would try to write something similar to what I like to read the most. But for some strange reason I chose to write dark humour.