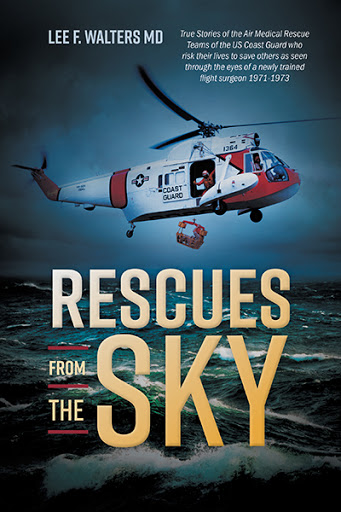 Rescues from the Sky
True Stories of the Air Medical Rescue Teams of the US Coast Guard who risk their lives to save others as seen through the eyes of a newly trained flight surgeon 1971-1973 by Lee F. Walters MD

Rescues from the Sky features the true stories of the US Coast Guard Aviation Medical Rescue Service as seen through the eyes of a wet-behind-the-ears flight surgeon fresh out of training. The events it recounts took place during the author’s experience while stationed at US Coast Guard Air Station San Francisco from 1971 to 1973. The rescues are described in detail and include, among others:

- The hijacking of a 737 by two Bulgarians

Intersecting the dramatic rescues is a love story between the author and a young nurse and how their medical careers get in the way of their growing need to be together. The book also traces the author’s training that led to his becoming a flight surgeon prior to his tour of duty.

Though written under a pseudonym for personal reasons, this is a work of non-fiction that has been approved by the Motion Picture and Television Office of the United States Coast Guard. Several of the incidents recounted are also well documented in newspapers from the era. This book is ideal for anyone who likes adventure, excitement, humor, emergency medicine, aviation adventure, a tender love story, or all of the above. 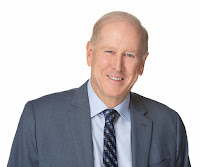 Following his stint in the Coast Guard, Lee Walters, MD, spent thirty-six years as a board-certified internist and infectious disease consultant. During his career he wrote medical articles that were refereed and published in medical magazines like JAMA, the official journal of the American Medical Association. Lee has received numerous awards throughout his career, including the US Coast Guard Commendation medal for the San Viken rescue of a crewman who fell ninety feet into a hold in a storm (recounted in the book), two teaching awards, and Top Doc awards from Phoenix, Arizona and State College, PA. He lives in Charlotte, NC, with his soulmate of 38 years and is preparing to start his next book.