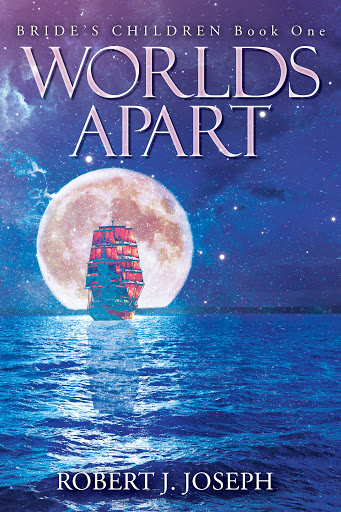 Captain Earl Yeaton, once a penniless physician, has spent the better part of his adult life rebuilding his family fortune by running a lucrative trading business aboard his Yankee Clipper, Maine Bride. Earl has friends all over the world and augments his commercial interests by trading in fine wines, paintings, and antiquities. As civil war looms in 1860s America, he agrees, at the request of the Union, to identify and oppose unscrupulous government agents and traders who are in league with secessionists and European colonials. WORLDS APART tracks the Bride’s epic westward journey from California to the Straits of Gibraltar, with adventures in Hawaii, Japan, China, and India. The wrongs he encounters and the attempts to silence him are a constant reminder of his true mission; ease the suffering of those unfortunate enough to be in the path of blind ambition posing as God’s Will. He and his men confront tyranny, lend a hand to resistance fighters, and attempt to overcome the savagery of a corrupt enemy impervious to the values that define humanity.

"… when we’re dancing with the angels, we’ll be asked, what did we do in 2019 to keep our democracy intact?"

Representative Elijah Cummings, the first black Congressman to lie in State in the US Capitol, a structure built by slaves in 1793.

“The cost of doing nothing isn’t nothing. Our children are the living messengers to a future we will never see. Our time is too short to not fight for what is good, true, and best in America.”

Robert J. Joseph was born in Waterville, Maine in 1948. After driving tractors on a haying crew at the age of ten, he has since earned his keep at a variety of jobs, including cleaning hen houses, digging ditches, patching dams, and bar tending. He worked his way through college, eventually earning a bachelors degree in Psychology (Springfield College) and two masters degrees in Education (University of Maine and Boston College). He taught visually impaired and special needs children, sold real estate, and owned two companies, one of which he gave to his employees. He was Board Chair of the Kootenay Coop Natural Food Store the year it was cited by a trade publication as “the best natural food store in the Pacific Northwest.” He is currently president of the Whitehead Water District, which services forty-six homes. He and Early Evans, his wife of forty-plus years, live on their twenty-acre homestead on a mountain near Nelson, BC.