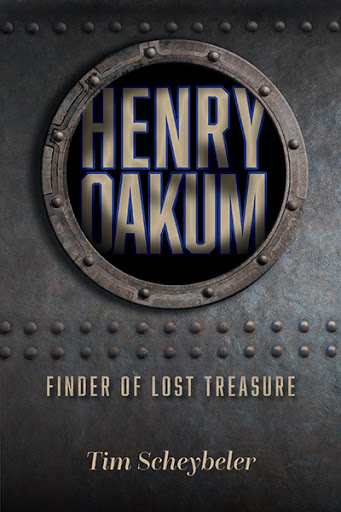 Henry Oakum is in a pub one night when he overhears a local myth about the loss of a German World War II submarine filled with loot pillaged by none other than Herman Göering, head of the Luftwaffe and one of Adolf Hitler’s most trusted advisors. Göering had ordered the submarine to transport his booty to South America, where he planned to abscond after the war, but the submarine was lost at sea, and Göering committed suicide the night before he was to be executed. Henry makes it his mission to find and retrieve this priceless treasure in the hope of becoming independently wealthy. Inspired by real events, this novel tells the story of Henry’s search and the career that follows. It’s a must read for anyone who loves adventure, epic tales of man against nature, and those who have ever dreamed of going on the ultimate treasure hunt.

Although this is his first novel, Tim Scheybeler has had his work published before in a number of poetry collections. He is also hard at work on a fantasy trilogy and a second Henry Oakum novel, Henry Oakum and the Russian Bullion Salvage. He lives in Edmonton, Alberta, with his wife Marina and their two beagles.