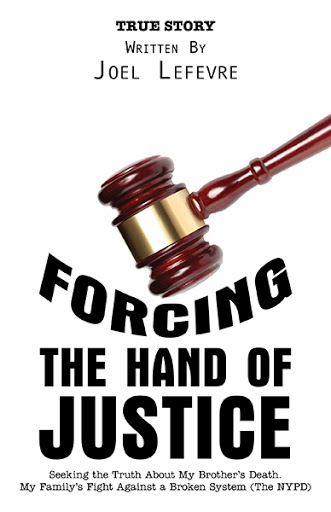 Forcing the Hand of Justice
Seeking the Truth About My Brother’s Death. My Family’s Fight Against a Broken System (The NYPD)
by Joel Lefevre

On October 18, 2011 Joel and his family's life changed forever when his older brother and best friend Mathieu was hit and killed by the driver of a 28 ton crane truck.

Mathieu, an artist, was riding his bike home from his art studio in Brooklyn, NY. The tragedy made headlines on CNN, the New York Times, the Wall Street Journal, Maclean's Magazine, the CBC, and many other news agencies in Canada and the US. Through his eyes Joel gives first-hand knowledge of what it's been like to go up against one of the world's largest police forces, the NYPD.

It took Joel and his family six years to discover the truth about how his brother was killed.

In his own straight forward and heartfelt way, Joel speaks of the grief, sadness, anger and frustration he felt during his family's long fight for justice.

Joel was inspired to write this story to raise awareness about traffic safety and to show others who are victims of injustice that they have a voice and that they can make a difference. He hopes his story will inspire others who are struggling against injustice.

"It is a shame that his (Mr. Lefevre's) family has been denied the help it is owed, particularly in light of the mishandling of the case by the NYPD. To be Canadian is to have your country, it's government and it's people behind you."

"There is no scenario when a hit and run should be excused or made acceptable under the law. The NYPD should be sending this message to New Yorkers, yet they are doing exactly the opposite." 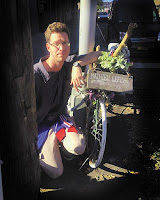 Joel Lefevre was born in Edmonton, Alberta and is an actor and drama educator now living in Vancouver.

Joel became a household name in Canada when he competed on the popular TV show Big Brother Canada.

He previously worked as a radio news anchor and reporter interviewing major public figures in politics, entertainment, sports, and more. He holds a Radio and Television Certificate from The Western Academy of Broadcasting, Saskatoon, Sk.

He has won numerous awards for acting and has been involved in some of the top plays in Alberta. He is a graduate of the Film/Theatre Studio Program at AMDA in New York City and also has a BA in Drama from Augustana University College in Camrose, Alberta.

Joel teaches Animated Bilingual Imagination, Masks and Improvisation drama workshops as part of Drama programs for kids from Kindergarten to Grade 7. When he’s not teaching, he continues to work on films and TV shows.