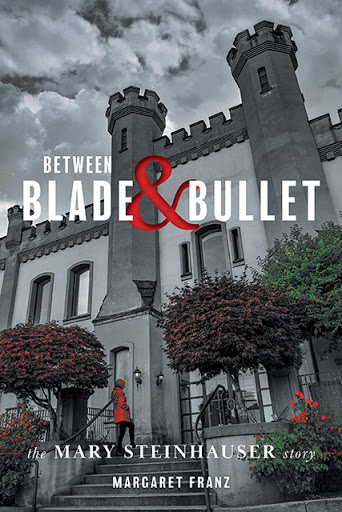 Between Blade and Bullet
The Mary Steinhauser Story
by Margaret Franz

Mary Steinhauser is the only peace officer in the history of penal institutions in Canada to willingly offer up her life in the service of her country. It was during a 1975 prison escape attempt and 41-hour hostage-taking by three desperate inmates of the British Columbia Penitentiary in New Westminster, B.C. that Mary volunteered to be the principal hostage. For 41 hours, she was held as a human shield, protecting not only the inmates but the fourteen other hostages sequestered in a nearby vault. Her calmness, composure and bravery throughout the entire hostage-taking was noted by the negotiators and penitentiary staff alike. She was killed there. This is her story.

This biography of Mary's life and tragic death is narrated by Margaret, her younger sister. From Mary’s early childhood in rural B.C., it charts the evolution of a young nurse from social worker to symbol for those dedicated to prison reform. Mary's experiences are fascinating reading for any adult interested in local history, law enforcement, mental health awareness, and criminal justice. Her work as a psychiatric nurse in hospitals and institutions across Canada led to her introduction to prison life, which sparked her fierce determination to improve the inmate experience, prisoner justice, and prison reform.

Sprinkled throughout with personal anecdotes and quotes from important people in Mary's life, Between Blade and Bullet is a compelling, deeply emotional, and thought-provoking look into the life and death of one heroic woman. Searchingly honest, it examines how Canadian institutions closed down to protect themselves, and the consequences of justice for those left on the outside. 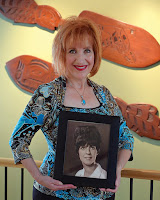 Margaret (Steinhauser) Franz, the youngest daughter of European immigrants to Canada, was born on Vancouver Island and raised in the West Kootenay area of south-central British Columbia, Canada. She graduated with a BA in Geography from Simon Fraser University, where she subsequently received her M.Ed degree.

An educator for most of her professional life, Margaret first taught at elementary schools in Toronto. After returning to B.C. and raising a family, she began lecturing at public and private post-secondary institutions in the Lower Mainland, finishing up her career on the faculty of the English Language Studies Department at Kwantlen Polytechnic University, Surrey B.C. At one point mid-career, she took a brief hiatus from teaching to work as an arts administrator, successful fund-raiser and avid promoter of the community arts in B.C.

Franz is currently retired, and lives with her husband and extended family in southwestern British Columbia. This is her first book.