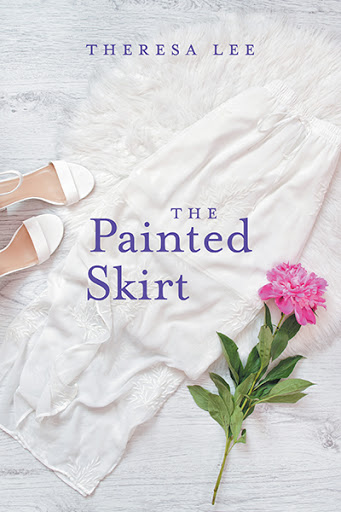 The Painted Skirt
by Theresa Lee

Heartbroken after her short love affair, and her dream of becoming a concert pianist shattered, Inju returns home from her schooling abroad, and finds herself pregnant, alone, and without options in a strict Confucian society that is sure to condemn her. Terrified of an uncertain future, for herself and her unborn child, and with only her strong Christian faith to sustain her, does she dare open her heart again, and accept a lifeline thrown by a virtual stranger who seems too good to be true?

Set against the turbulent political and cultural backdrop of Korea, a nation that has spent much of its two thousand and seven hundred year history for survival among its more powerful, predatory neighbors, suffering as many as some say nine hundred invasions by foreign nations that looked down on her, Inju’s story is an exploration of humanity: its strengths, weaknesses, and determination in the face of impossible odds. It’s a story of courage, faith, and perseverance, but above all, it is a story about love, in all its immutable forms.

Her dream of future shattered, her love affair in ashes, for the young girl all seemed lost and over when she finds herself pregnant. Terrified of her family's reaction, and when she had nowhere to turn, a virtual stranger proposes to marry her. Forced to reveal her secret, she tells him why she couldn't accept his proposal, the secret she has withheld even from her own mother. When Jaiho and Inju start their marriage, they don't know what to expect of their life together. Though drawn to her beauty, Jaiho didn't really believe in love at first sight, but her confession made him realize that he could offer her a haven for her to have her baby by marrying her. As her trust in him grows so does her love for her husband blossoms, and she realizes that all the preceding events ultimately coalesced in her meeting with him, and that he was truly her destiny. Citizens of Korea that had been the pawn of international intrigues for centuries, as these two brave man and woman brave the rough waters of history, their love for one another matures in depth, height, and breadth beyond the confines of their home.

Theresa Lee was born and raised in Korea first coming to the US to attend university. Her career began in her war-ravaged country where she opened the first women’s vocational school, entered a convent where she spent twelve years and eventually opening the first convent of that religious order in her homeland. Her love of history and a deep respect for the often-beleaguered culture of her homeland has always kept her strongly connected to her roots.

Theresa lived through every historical event described in The Painted Skirt. Its writing was inspired by the story of an uncle she never met—who was executed the night her hometown of Seoul was invaded by the North Korean Army—and his love affair with her aunt, which ended in tragedy. With most of the details of that haunting chapter of her family’s history lost to the passage of time, she chose to fill in the blanks, telling their story as it might have been, even while wishing the whole truth could be fully known.

Theresa currently lives in Deerfield, Illinois, close to her brother and two sisters.