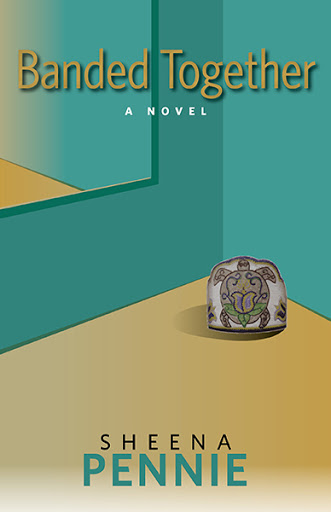 Banded Together
by Sheena Pennie

It’s summer 1999 and the members of the Hamilton-Kellaher clan are on their way to Daybreak, their family cottage on Lake Pemichangan, Quebec. With his newly minted driver’s licence, sixteen-year-old Connor drives his step-sister, Francis, and their chosen brother, Jesse, to the lake. Last fall, after learning that Jesse was homeless, dying from leukemia and in desperate need of a bone marrow transplant, Connor had organized a donor drive at his school. To everyone’s amazement, his mother, Fiona, turned out to be a perfect match. Not just perfect, but a blood relation! As the young people forge stronger bonds, and Connor woos the U.S. Ambassador’s daughter next door, Fiona suspects Jesse’s late mother, who turned out to be her long-lost adopted sister, is also related to the local Algonquin First Nation. To prove the familial link, Fiona must unearth a family secret long hidden from her by her mother. As Fiona homes in on Jesse’s link to his Indigenous mother and her own adopted sister, all will learn that family is far more than just biology and DNA. 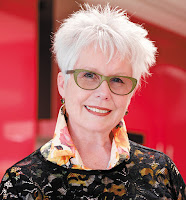 Sheena Pennie was born into a family of journalists, authors, and editors. A Sheltered Life is her semi-autobiographical debut novel. She has also written a sequel entitled Banded Together. An avid seamstress, she donates her sewing expertise and time to three charities, making clothing for children in orphanages and refugee camps around the world, ‘cozy caps’ for chemotherapy patients, and a wide range of items for women’s shelters. She also tutors Grade 3 students who need extra help with their reading skills and is a founding member of her local branch of 100 Women Who Care. Retired owner of a public relations agency based in Ottawa, Ontario, Pennie currently lives in Victoria, British Columbia.