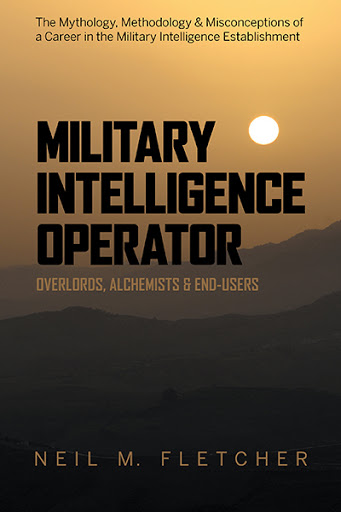 Determining people’s true motives and character is a process that begins in early childhood and never ceases. The process of converting information into intelligence is no different. Myths and assumptions have to be continuously challenged in order to avoid misconceptions, separate fact from fiction, and develop the best course of action.

Perception and reality are rarely aligned. It should come as no surprise, therefore, to learn that some of the people and the underlying methodology employed within the military intelligence establishment may not be who or what they seem.

This illuminating insider’s look at the life of an intelligence operative and at military life in general, chronicles a successful career in an era that was simultaneously characterized by short-sighted and ineffective policies, and by a succession of high-profile incidents that reflected a corruption of fundamental military standards and values.

Military Intelligence Operator is a thought-provoking and insightful commentary that has universal themes. At its heart, is an exploration of how our experiences continually shape and inform our worldview, and why those lessons remain our most valuable resource in an increasingly complex, fragmented, and volatile world.

Neil M. Fletcher is a veteran of the Canadian Armed Forces with more than thirty-six years of service. He served nine years with the Princess Patricia’s Canadian Light Infantry, including five years as a combat intelligence operator, and twenty-seven years as a member of the Canadian Forces Intelligence Branch. During this time he was employed in all three of the largest intelligence disciplines: imagery intelligence, human intelligence, and signals intelligence. Fletcher has served at the tactical, operational, and strategic levels across Canada and with UN and NATO forces. His twelve years overseas included deployments in Cyprus, the Czech Republic, Germany, the United Kingdom, Bosnia-Herzegovina, and Afghanistan, and he was a member of NATO’s Joint Force Command Headquarters in the Netherlands.