Peasants from across the land of Zurkia are disappearing by scores. When Princess Raja discovers that they have been abducted, she convinces Lord Viktor to allow her – along with her friend Pavel and cousin Hannah – to get to the bottom of it.

Armed with secret maps found in father Antom’s trunk from his years as a slave, the friends are convinced the Tyhet’s Thrumb Castle holds clues to the peasants’ whereabouts. But the excursion quickly becomes dangerous—an unannounced visit to Shamra at Levap Castle lands the friends in a dungeon, Tyhet warriors roam the woods, and the Dark Prince is determined to capture Hannah and use her in his plans to rule Zurkia.

Suddenly, stories of an enigmatic peasant reach Raja who might hold the answers to many mysteries piling up. With the threat of kidnappings, dungeons, and labor camps, Princess Raja must keep her spirit of faith strong as she and her friends venture forth to bring justice to the kingdom and uncover the long-lost truth about her family. 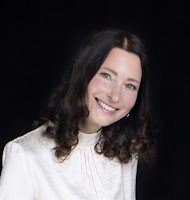 Avah Broc lives in the West Kootenays of British Columbia. She enjoys watching the osprey dive for fish and listening to the cries of eagles along the river. Raja and the Trunk of Antom is her second novel in the Land of Rousse series, following Raja and the Throne of Zurkia.