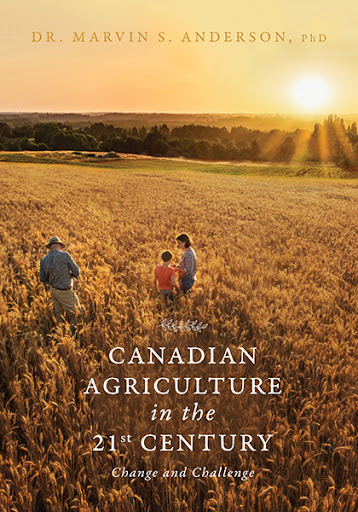 The Canadian Farming Community is facing numerous ongoing challenges, including rapidly changing technologies, the gradual erosion of the rural lifestyle, growing consumer concerns about the healthiness of food, and growing environmental concerns (including climate change).

This book begins with an historic overview of agriculture in Canada, followed by a statistical profile of the contemporary Canadian farm/ranch, supporting agri-industrial complex, and the innumerable farm organizations in Canada. The vital role of international trade and government support in the evolution of Canadian agriculture is also highlighted. Resource management issues and related “hot button” issues (e.g. climate change, GMO’s) are also addressed in considerable detail. In addition, Dr. Anderson identifies the likely trends in Canadian agriculture in the immediate years ahead. Emphasizing the diversity, complexity, strength and vitality of the agricultural sector, Canadian Agriculture in the 21st Century ultimately highlights how it effectively molds and remains integral to the socioeconomic fabric of both rural and urban Canada.

An underlying theme is the importance of having Canadian agriculture become increasingly ecofriendly in the challenging years ahead, particularly the need to gradually adopt more sustainable, regenerative (organic) technologies and the need to more pro-actively serve as a vital CO2 sink in climate change mitigation. Dr. Anderson also suggests that the public should financially compensate farmers/ ranchers for protecting environmental amenities that accrue to everyone. A complimentary theme is the need for Canadian agriculture to become increasingly sensitive to consumer concerns, particularly with respect to rigorous health standards, animal welfare, and sustainable resource management.

"Attitude is a little thing that makes a big difference."

Marvin S. Anderson, Ph.D., grew up on a farm in a Western Canadian farming community. He studied agricultural economics at the University of Guelph, Purdue University, and Cornell University. His MSc thesis received the Award for Professional Excellence from the American Agricultural Economics Association.

He briefly taught marketing, statistics, and production economics at the University of Alberta before serving as a national and international consultant on about 150 short- and longer-term assignments in Canada and throughout the world.

In addition, he still lives on, owns, and operates a 500-ha grain-oilseed farm in northeastern Alberta. His daughter, son-in-law, and three gorgeous grandchildren live in Sherwood Park (an Edmonton suburb), but maintain strong ties to the farm.