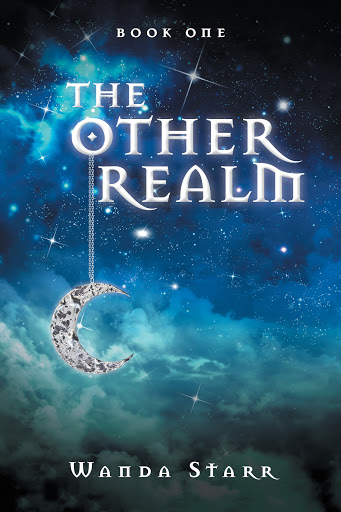 The Other Realm
Book One
by Wanda Starr

Connor MacNessa has fallen in love with Alexandra, an artist he met through an unusual set of circumstances. She is unlike any girl he has ever known before, but there is one element in particular which sets her apart from all others: Alexandra comes from a race of supernatural beings—the Sídhe, immortals who long ago were once rulers of ancient Ireland, but upon their defeat in battle were forced to retreat to the Otherworld, where they made for themselves a new kingdom.

On the cusp of the seasons, when the veil between their world and this one is at its thinnest, the Sídhe return here, to their previous home, sometimes to leave amongst the humans one of their own—a changeling babe. Alexandra is such a one, with exceptional qualities which, though subtle, are peculiar enough to mark her as one "who has fairy blood".

She and Connor are soul mates, but a grim foretelling of Alexandra's destiny which had been made at her cradle casts an ominous shadow over her life, and now over her newfound contentment. For Alexandra knows that one day soon the Sídhe will reclaim her, a prospect which fills her with dread.

There is an urgent and imperative purpose for which the Sídhe have need of her, impressed upon her in dreams throughout her childhood. But what exactly this expectation is, Alexandra cannot fathom. She only knows that her time in this, The Other Realm, as the Sídhe call this world, is not for long, and that there is nothing she can do to alter her fate.

The Other Realm is a contemporary tale with a strong essence of the ancient Celtic myths, one which has all the elements of love and mystery and adventure-but with a sensual, magical twist.

Wanda Starr was born in Newfoundland and comes from a family of Celtic storytellers and poets. She spent part of her childhood in an ancient village in Germany, playing with her sisters in the nearby hill forests which deeply influenced her love of the natural world and the hidden magic which lies beneath it.

She now lives with her husband and four cats in the countryside in Manitoba overlooking the Red River. She has been writing and telling stories all her life, but was struck by an overwhelming sense of the curious provenance of this particular tale, which seems to have originated not so much from her imagination as from some other, undefinable source. Sometimes, a story might be a fiction in this world, but a non-fiction in a parallel world...