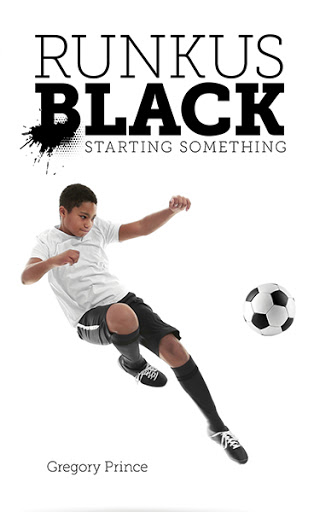 This riveting coming of age saga unfolds in the beautiful parish of Portland, on Jamaica’s North Coast. Something happens to Runkus Black at Seashore Bay Preparatory. Double Trouble—two naughty boys and their marble playing friends are up to no good! Their shenanigans are so bad that Runkus becomes depressed and gets into fracas. His best friend as well as an academically astute girl give advice. However, Runkus is determined to get away from school—on a cruise with his parents. He falls to the deep, and a deadly shark

. . .. Oh, that dolphin! The world hears of it. Runkus’s perspective changes. He rallies the four nerds and something dramatic happens. He even enters a competition, and strangely, his Reggae song is huge; it goes viral.

Leadership responsibilities are thrusted upon Runkus, and with dreams of clutching the coveted SBD Football Trophy, his identical twin cousins and even Double Trouble get excited. However, a new antagonist, KES-III from the renowned Mount Chandler Primary School rudely emerges into the picture. He has history on his side, and with his powerful father, they stand in the way of . . .. How does this action-packed epic end? Stephenson Cup; a Sequel!

Gregory Prince was born in Jamaica. He earned his Undergraduate Degree at the University of Technology, Jamaica; his Graduate Degree at the University of the West Indies as well as Professional Development Certification at the University of Waterloo, Canada. During his earlier years, he was very active in both contact and non-contact sports where he represented his country, sports club, university’s faculty, high school and community in various sports. These include rugby football, football (soccer), and chess. These competitive sporting experiences were instrumental in the ease with which he writes in this genre.

In his career years, he worked in the field of Community Development Planning for nearly two decades in Jamaica, where he was a Manager for more than half that time. Thereafter, he worked in the Automotive Industry in North America. Both he and his wife established the Gregory Lloyd Prince Educational Foundation to support the development of students at various educational levels in Jamaica. They have two children, and currently reside in Canada.