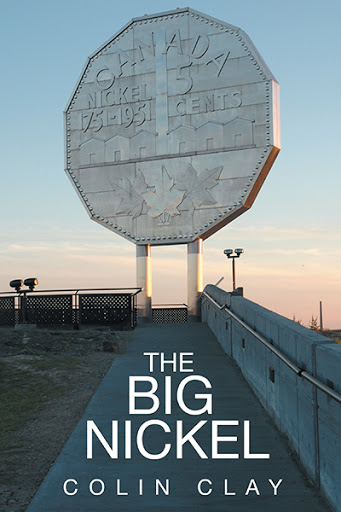 The Big Nickel
by Colin Clay

In the first volume of his autobiographical history Colin Clay shared the events of his early life from 1932-1952 as a schoolboy near London, England before and during the second world war and later as a soldier in the Korean war. His second volume, covering 1952-1959 tells of his life as a student at university and seminary, his marriage, the births of two children, his ordination and parish life near London and the family's emigration to Canada. This third volume introduces the reader to their fresh experiences in a new country and Colin's pastoral and academic ministry in Sudbury, Ontario (The Big Nickel was a centennial project). The family settled happily in the parish and social life of the city and Colin added teaching at Laurentian University to his responsibilities. Colin, Barbara with their four children also traveled extensively across the country. and many summer camping adventures are to be found here. Significant events that touched the world occurred in the 1960's and a number of them, such as the Cuban missile crisis, are appropriately described in this book and will doubtless stir memories among many of its readers.

British by birth, Colin Clay has been a proud Canadian for sixty years. After coming to Canada in 1959 he served pastorally and academically in the nickel mining city of Sudbury, Ontario coming to Saskatoon, Saskatchewan in September 1977 to serve as one of the ecumenical chaplains at the University of Saskatchewan. Colin retired in 2000 and continued to be quite active in the ministry with a special emphasis on ecumenism and multi-faith endeavours. As a veteran Colin serves as padre in various veterans' clubs but he remains a strong advocate for world peace and justice issues. Recent health issues have limited some of his activities but he continues to help wherever he can. Colin is the author of six books and numerous articles, a father, grandfather and great-grandfather.