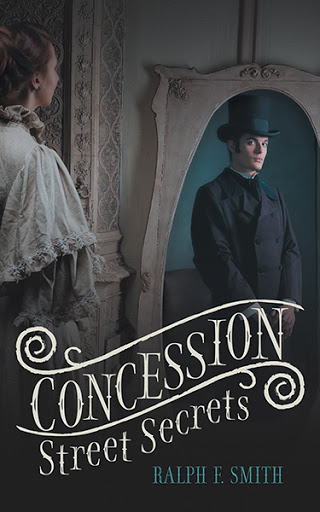 The year 1868 and it is a tough time to be intersex—and in love. Eliza Malkins, a printer at the Kingston British Whig newspaper, is secretly in love with reporter Alex O’Shea. Although they are best friends with a shared passion for many things, including the mystery novel Alex is writing, Eliza would never dare to voice her feelings for fear of being rejected due to her unique anatomical makeup.

Their relationship takes an unexpected turn when, while on assignment in Ottawa, Alex encounters a vulnerable young woman who has escaped from confinement in her own house. The further he is drawn into the mysterious young woman’s world, the more compelled he feels to protect her from the dark forces that seem to be draining her life right before his eyes. Before he can enact his plan to rescue her, however, he finds himself embroiled in a murder mystery that seems like it came right out of one of the novels he enjoys, with one significant twist: he’s the primary suspect. Desperate to help her friend, Eliza sheds her identity as a woman and takes on the persona of Timothy Fairlight, detective. Her investigative skills are put to the ultimate test as she seeks to save her beloved from the hangman’s noose. Not only that, for the first time in her life, her identity as intersex becomes an asset rather than a liability.

This novel emanates from author Ralph F. Smith’s love of mysteries in nineteenth-century novels by authors like Charles Dickens and Wilkie Collins. However, he was inspired, in particular, by a Victorian-era photo of a dead bride that he stumbled across. It was common for such photos to be taken, but almost always, live people would also be in the picture. Where was the woman’s husband or fiancé? Ralph thought there had to be a story behind that photo, and his imagination set to work, developing a murder mystery novel. Ralph’s previous publications include the coming-of-age fantasy novel Bright Deep (2013) as well as numerous short stories and poems in various journals and anthologies. He also wrote and performed a series of first-person narratives on Saskatchewan history for CBC Radio. He lives in Ottawa with his wife, Dr. Fionnuala O’Kelly.