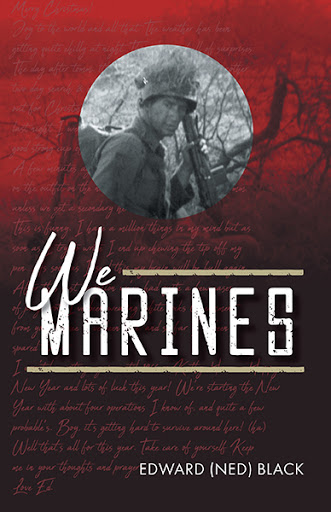 We Marines
by Edward (Ned) Black

The Vietnam era was a time of turmoil and change in the United States, one of anger and anguish for some; especially among young men facing a call up for military service.

Writings about this time have focused mostly on the protest viewpoint. But not everyone who went to Vietnam did so against their will. Many were proud to fight for their country, especially the early war cadre of troops, mostly in the Marine Corps, who were all volunteers. It was what they had joined up and trained for, and they were determined to do their duty wherever it took them. The name of the place did not matter, what mattered was that the Corps told them to go.

WE MARINES, is the authors experience in the military from age seventeen to twenty-three. A young man who wanted to be a Marine, and served in peace time, the Cuban Crisis, and Vietnam. He didn’t mind going into combat with his buddies, and when his overseas rotation was up volunteered a second time to stay with them.

WE MARINES, deals with our involvement in Vietnam in 1965-66 offering a personal view of the war and its aftermath too often ignored, until now. It is written especially for his family and those who were there. 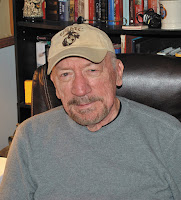 Edward (Ned) Black is a Marine combat veteran and holder of two Purple Heart medals for wounds. After discharge from the Marines he worked in Law Enforcement retiring as a Deputy Chief of Police of a large suburban police department in metropolitan Philadelphia.

He is a graduate of Temple University in Philadelphia, the FBI National Academy in Quantico Virginia and is a member of the Marine Corps Association, The Company of Military Historians, and is the author of the Science Fiction novel The Annals of Time. He lives in rural Pennsylvania.