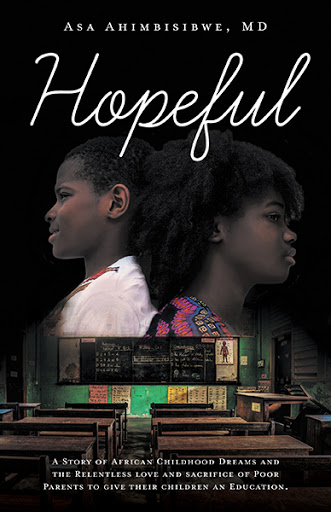 Hopeful
A Story of African Childhood Dreams and the Relentless love and sacrifice of Poor Parents to give their children an Education.
by Asa Ahimbisibwe

Hopeful describes the real life stories of children who were born in a rural poor village in an African country-Uganda. One of them, overcomes the challenges of poverty and cultural barriers with the help of his uneducated parents, who decided to do something that had not been done before; sacrifice everything including selling off their family land, become ridiculed by the villagers but believed, against all hope to send their son to school.

Their son, determined to remove shame from his parents, knowing that his only way of ever escaping the cycle of poverty was through education, rose to the challenges from the rural poor villages into the country's Medical schools.

The book also tells the story about girls in developing countries and their struggle to get an education. It sheds a light on the cultural and social barriers that the world needs to address, when it comes to the education of the girl child.

In the end, the book tells the reader, how the success of one child, challenged and changed the perception about education in this part of the country. But also sheds a light about the real cause of the poor maternal and child health indicators in the developing world-lack of women empowerment through education.

Our lives will count to the extent we dispense them to make lives of others around us and entrusted to us count.

"Asa takes us on a remarkable journey that should leave us all hopeful."

--Tim Crothers, author of The Queen of Katwe 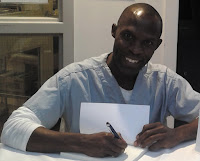 Asa Ahimbisibwe is an Obstetrician and Gynecologist.

He is an advocate and a believer in the power of education to change lives.

He also believes that, part of the reasons the world continues to see poor maternal health indicators especially in the developing world, starts at the beginning; girl child's lack of access to an education.

How can these developing countries hope to develop, when half of their talented populations are left behind just because they are women.