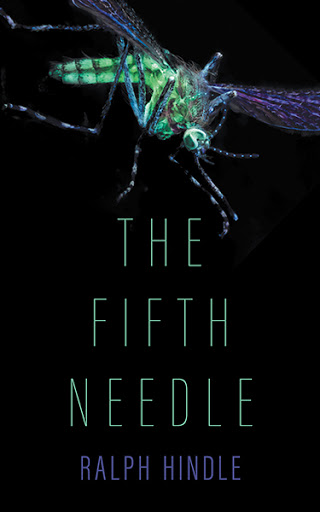 The Fifth Needle
by Ralph Hindle

In a secret Biosafety Level-4 research lab in Austin, Texas, Dr. Philip Burris is genetically modifying mosquitoes to passively inoculate humans against malaria in a large-scale vaccination trial. Using cutting-edge CRISPR technology, the mutated mosquitoes are designed to glow green when infected, but now are behaving with unusual aggression. When a young research assistant goes missing, his friend and co-worker Jen McRae suspects a more sinister plan behind her company’s noble work. Unexpectedly joining forces with two scientists from Canada and Malaysia, Jen leads the unlikely trio in a race against time to uncover the truth behind a bioterrorism plot that endangers millions, even while realizing that the biggest danger is to themselves.

Ralph Hindle is a chemist with over forty years of experience in the environmental analysis of pesticides, drugs, and toxins. In his electrifying debut, The Fifth Needle draws directly on his early experiences doing fieldwork in Northern Ontario, where he was besieged by endless swarms of mosquitos and blackflies. He currently lives near Calgary, Alberta, with his wife and two pet mosquitos, none of which glow green ... or so he believes.