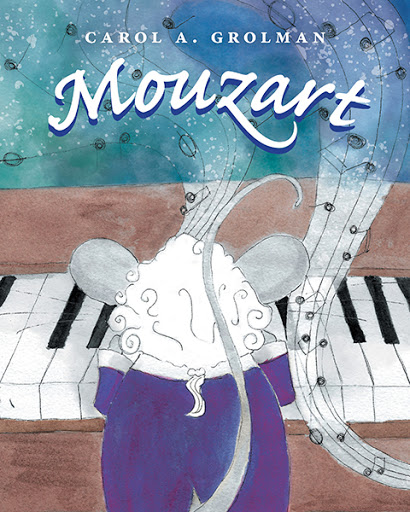 Mouzart
by Carol A. Grolman

Mouzart is a musical mouse who lives in my piano and plays by the light of the moon. There’s a big problem, though—he won’t let me sleep! In the middle of the night, while I’m lying in bed, Mouzart bounces around the piano, creating lively songs. He’s quite a creative little mouse, but I am so tired! I wish he would move out soon. What can I do? Mouzart, finish that tune!

In this delightful story and song, author and singer/songwriter Carol A. Grolman brings a genuine experience to life. You can imagine her surprise when, very early one morning, her piano started to play all by itself! When her husband looked inside, it was clear that a mouse had made his home there. Every night the mouse would run up and down the hammers, not letting anyone sleep! Being the little composer that he was, he eventually earned himself the name “Mouzart.” Named after W. A. Mozart, Mouzart will be a true delight to anyone, especially those with an interest in music. Everybody can enjoy singing along, asking the mischievous Mouzart to please let Carol and her husband get some sleep. 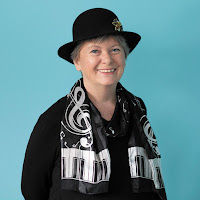 Carol A. Grolman is a Canadian musician and singer/songwriter who has taught piano lessons in her private studio for thirty five years. She has performed throughout the community of Squamish, BC, and for twenty-eight years produced Carol’s Carols, a Christmas event that showcased local musicians. She produced a Christmas CD titled “Do We Really Believe?” (2005) and is proud to be a founding director of the Howe Sound Performing Arts Association, which was formed in 1993. She was a co-winner in a song contest sponsored by the United Church of Canada, for which she wrote a hymn called “It Is Good!”, sung in United Churches across the country. Mouzart is her first publication. Carol currently resides in Squamish with her husband. She has two young grandsons who give her lots of smiles.