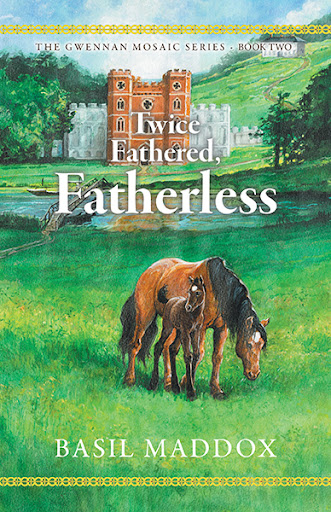 It is 1605AD. Tom, five years old, lives in Wales. The only father he knows is Ivor Davis, a fisherman. His true father is Ralph Maddox, a naval captain far away. This sequel to 'The Phoenician Symbol' follows Tom’s journey to manhood. As an Eisteddfod prophet predicts his future, he is sent to a farm in Surrey, boarding school, then a London shipyard. Tom sails to Jamestown, Virginia, not knowing the ship’s captain is his father. They bring home Welsh settlers whose families were massacred by Indians who understand Welsh.

Returning to Wales Tom inherits his grandfather’s estate, including a Roman gold mine. His true father acknowledges his son as Thomas Maddox, and sends him to Christ’s College, Cambridge. Without money for fees, Thomas is accepted as a sizar - an undergraduate servant to more affluent students. He must serve the brother of his unattainable dream girl, who is committed to an arranged marriage with the loathsome deputy governor of Jamestown. Thomas embarks on a lifelong quest to prove that those Indians are from a colony established by his Welsh ancestor Prince Madoc, who discovered America in 1172AD.

Basil Maddox is the author of THE GWENNAN MOSAIC SERIES, including ‘The Phoenician Symbol’ published in 2016.

Born in London, he was raised in Wales by a mother and grandmother while his father served in the Royal Air Force during WWII. He moved back to Esher, Surrey, attended boarding school at Aldenham, and served an apprenticeship in an aircraft factory on the Thames before graduating with a Masters in Engineering at Christ’s College Cambridge. He continued to visit and explore Wales during these years. At age forty he moved to the USA with his family and settled in Ohio, from which he has travelled the world. His interest in writing this series has been his research into the Legend of Prince Madoc and the ‘White Indians’, and his discovery of his own family tree back to the year 1560, and the link between Christ’s College and its Welsh founder. These ancestors will appear as characters in his story, along with other known historical persons who are faithfully represented.