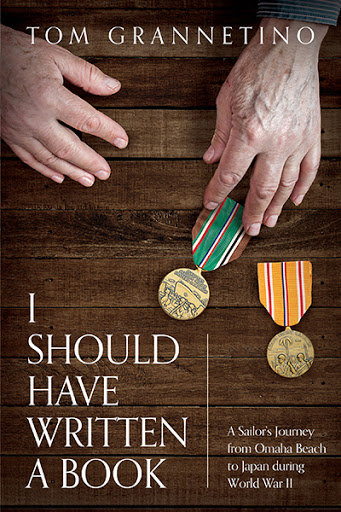 William Grannetino served in the US navy during World War II. From the day he landed on Omaha Beach to the morning he sailed out of the Pacific theatre for the last time, he was surrounded by violence, trauma, death, and a comradery unparalleled in civilian life. Through the pen of Grannetino’s son, readers are provided a glimpse of a sailor’s gut-wrenching realities of war as he relates details about little-known landings that happened ahead of the initial D-Day assault and unique facts somehow lost in history. Compelling descriptions of street to street fighting in the city of Caen, the urgency of rushing military support to the Battle of the Bulge, and the terror of Kamikaze attacks in the Pacific, transport readers right to the battle zone. From the jubilation over the end of hostilities to the devastation of Hiroshima and Nagasaki, Tom Grannetino has captured his father’s stories and crafted an historical and deeply personal account of one man’s experiences in the Second World War.

Tom Grannetino credits his father, William, for his strong work ethic and technical abilities, which have brought him great success in the construction industry as a craftsman and construction superintendent. He also spent years listening to his dad tell stories about his experiences in the US Navy during World War II. After hearing his father lament numerous times, “I should have written a book,” Tom decided to write the book himself for his children, grandchildren, and anyone else with an interest in military and US history.

Tom describes himself as a religious person who is committed to his church, where he occasionally fills in for his Pastor leading worship and delivering the sermon. He and his wife, Kathleen, live in Palmerton, Pennsylvania, and have two daughters and five grandchildren, with whom Tom loves to share quality time with. Tom enjoys studying theology, traveling, hunting, fishing, and watching both golf and football.