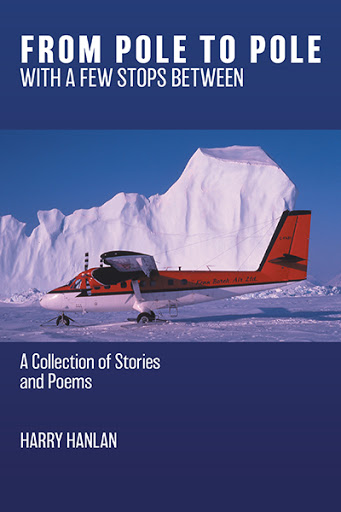 Thirty-five years of bush type flying in some of the harshest conditions in the world have resulted in many memorable experiences that I would like to share. A lot of my early flying was done along the west coast of British  Columbia and in the Canadian Arctic between Yellowknife and the northern coast. Flying a Single Otter on floats out of Norman Wells in the Northwest Territories added hundreds of hours of float time to my logbook. I also accumulated many hours on skis and large high flotation tires in the high Arctic Islands and northern Greenland. These stories and poems were written over many years while I was flying in the Canadian Arctic, the Antarctic, South America and in many other parts of the world. They are stories of adventure, humor and tragedy, tales of landings on grassy jungle strips, snow, glaciers, ice, rivers, lakes and some of the busiest airports in the world. These stories are not just about the flying, they involve the people I have flown with and flown for and many others who are part of the aviation industry. I have tried to avoid concentrating too much on the difficulties and dangers involved in this type of flying. While there was no shortage of adventures, there were also many beautiful and fun times that I hope I've done justice to.

I've known Harry Hanlan for over forty years. I went to the grubby little terminal in Resolute Bay, with instructions to greet a new Twin Otter pilot. I was to look for a "tall guy, probably wearing cowboy boots and denim." That's what I found. With a huge grin on his face, he stuck out his hand and said, "I'm Harry, what work have we got?"

We shared many trips together, many adventures and many good times. We also shared some horrible times, sad times, where we sorted out losses for colleagues and customers.

What Harry has written is an accurate memory of the way things worked. His stories and poems are well written and true. I was there for a lot of them and I want to say to whoever reads them, "You're in for a treat."