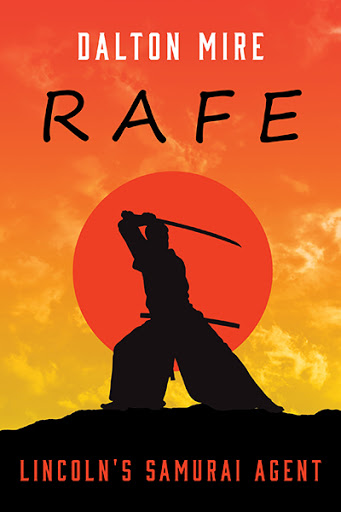 In the tradition of James Clavell, Rafe--Lincoln's Samurai Agent is a swashbuckling tale of a young man and woman who shoot and slash their way through a samurai dominated society on a mission for Abraham Lincoln. Rafe fights swords with pistols while a young woman learns to survive in a different culture. Rafe--Lincoln's Samurai Agent is historical fiction with page turning action.

While fighting a war at home, Lincoln demonstrated the depth of his leadership by building a transcontinental railroad and expanding foreign trade to help finance the Civil War. When the Tokugawa government wanted a geologist to inspect their mines, Abe responded by sending Raphael Pumpelly to Japan. Rafe was inspired by this story.

During the 1860's, the United States and Japan were thrown into violent civil wars. Rafe and Carolyn leave one country at war only to be caught in the middle of another society exploding in violence. Documented in this story is the first attack by the United States on the Japanese homeland. In 1863, the U.S.S. Wyoming defeated Japanese gunboats and fired on forts in the Shimonoseki Straits. 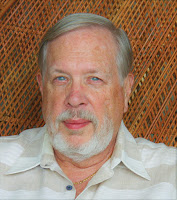 Dalton Mire grew up in Owego, New York, the hometown of scholar and explorer, Raphael Pumpelly. As a boy, Dalton read Rafe’s tales of Asia and these volumes created a wonder-lust that led him to follow the footsteps of his hero. As an adult, Dalton finally reached the Japan he dreamed of as a boy. His time in the “Land of the Rising Sun” spurred him to write this fictional version of his hero’s journey to Japan. Like Rafe, Dalton served his government in Japan. Rafe as an engineer and diplomat, and Dalton as a Department of Defense teacher and administrator. Rafe earned a degree in mining at the Royal University of Freiberg in Germany. Dalton earned his doctorate at the Royal and Pontifical University of Santo Tomas in the Philippines. Rafe was a professor of Mining at Harvard, a school founded in 1636. Dalton graduated from Santo Tomas, a school founded in 1611. Pumpelly had a mineral named after him, Pumpellyite. Dalton Mire was named a National Distinguished Principal and was the principal of an overseas school that won the National Blue Ribbon School Award. Rafe became a world famous explorer. Dalton explored the world for thirty years with The Department of Defense.