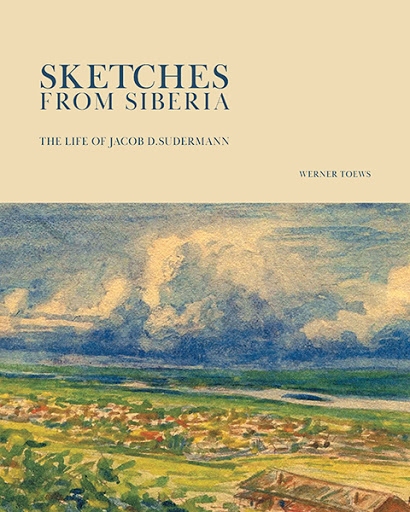 Sketches From Siberia
The Life of Jacob D.Sudermann
by Werner Toews

A poignant biography of Jacob Davidovitch Sudermann, a teacher and artist from a Russian Mennonite community who, like so many others, fell victim to the bloodthirsty paranoia of the Stalinist purges and died in a Siberian gulag in 1937. Sketches from Siberia is pieced together from letters, sketches, and paintings done by Sudermann himself during his imprisonment as well as the unpublished memoir of his sister Anna. It was Anna and other family members that brought these documents with them when they immigrated to Canada in the late forties. This important biography also serves as a valuable cultural history of the plight of the Russian Mennonite community. At once moving and chilling, it is a story that shows the strength that lies at the heart of kindness, the light that outlives the darkness. A timely story even eighty years after Sudermann’s death, it reminds us of the plight of displaced communities around the world today that are struggling to survive.

Sketches from Siberia will quickly find a high rating among new books about Russian Mennonites coming off the press. As a biography utilizing original source material, it is genuinely informative and its very fine painting reproductions and meaningful narrative make its presentation unique and truly exciting.

Many publications on Russian Mennonites do, indeed, already exist. But Sketches from Siberia and other life stories about not only surviving but doing creative work under very difficult circumstances in the former Soviet Union will give that body of literature even more variety, more precise nuances and evidence a higher quality that it can claim so far.

Dr. Lawrence Klippenstein is a long-time historian-archivist at the Mennonite Heritage Center Archives in Winnipeg and board member of the Mennonite Heritage Village museum at Steinbach, Manitoba. He is also the author of: Peace and War. Mennonite Conscientious Objectors in Tsarist Russia and the Soviet Union before WWII (2016). 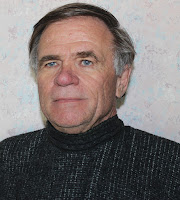 Werner Toews is a retired police officer and a former vice president of the Manitoba Mennonite Historical Society and represented the MMHS to Friends of the Canadian Human Rights Museum. In 2003 he organized the Sketches from Siberia art exhibit that showcased the paintings of Jacob Sudermann, and in 2012, presented a paper on the story of Jacob Sudermann at the University of Winnipeg Mennonite Studies seminar: Mennonites and Human Rights. He has published articles in several publications on Russian Mennonite themes and received the Germans from Russia Heritage Society 2017 Joseph S. Height literary award for his article on the missing records of the first Mennonite settlement in Russia. Werner Toews lives in Winnipeg, Manitoba. Sketches from Siberia is his first book.