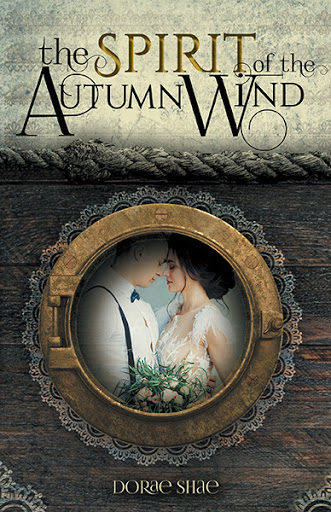 The Spirit of the Autumn Wind
by Dorae Shae

Set in post-World War II Morocco, Ireland, and the Mediterranean, The Spirit of the Autumn Wind is a high-seas adventure brimming with mystery and romance.

When respected sea captain Regan Quinn and his lifelong friend, Niko, are accidentally involved in the murder of a drug lord’s son in a back alley in Tangiers, they fear for their lives and must flee on separate ships. They make a plan to meet up in Ireland, where they hope to leave the past behind and start a new life. Niko hides out working as a galley cook aboard the Autumn Wind, where he is entrusted with the care of Regan Quinn’s son, Christos, and must keep him, as well as a young family being smuggled aboard, safe from an unstable captain and the vengeful drug lords pursuing the ship. Regan Quinn, captain on the Seaward Angel, finds himself in a dangerous dilemma as he falls in love with Loren Lombardi, an attractive undercover investigator on board with a mission to prove he is guilty of murder.

As the two ships sail toward their final destinations, danger and intrigue ensue while the colourful cast of characters, desperate to find answers and a safe place to land, must band together to survive.

"Shae describes the ruggedness of sea life in startling detail. ... Mistaken identities, revenge, and betrayal all have a part to play, and the exotic locales only add to the intoxicating atmosphere of intrigue. The contrast in characterization between Niko and Regan is strikingly complex, and their opposite personalities generate tension and exhilaration. Several other side characters keep things lively and amusing, and the addition of an organized crime element gives the story a satisfying edge.

A retired real-estate agent, Dorae Shae lived and worked on farms at Breton, Alberta for over thirty years. Writing always took second seat to her country life and career, and she is excited to now have the time to write full time and bring more stories to life. Dorae published her previous book of three novellas, Restless Secrets, in 2017. She lives with her husband and their Dachshund named Tex in Leduc, Alberta.