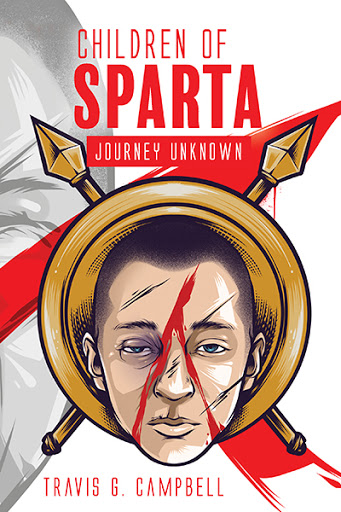 On the beautiful island of Mykonos, in the days of Ancient Greece, Teraditus, now an old man, lives a life of peace and simplicity. However, great mystery lies behind his eyes, with untold stories and thrilling adventures. As his family members gather for a reunion, a curious daughter-in-law begins to dig into Teraditus’s past, prompted by the appearance of an enigmatic woman—an old friend of Teraditus’s—who seems to emanate a power beyond this world. Little does everybody know that Teraditus’s own gathering mirrors one happening within the Council of the Gods, and that the beings involved—humans, gods, and those in-between—are all divinely linked.

When Teraditus is convinced to share his story, he begins in his home land of Libu (modern-day Libya), where, as a ten-year-old boy, he lived a life of relative tranquility, spending his days fishing with his father and their odd crew, learning survival skills from his big-brother figure, and going on nighttime expeditions with his cousin, Gershom. When one of these expeditions leads them into the claws of faceless men—a darkness the children could never have fathomed—everything Teraditus knows and loves is ripped from his grasp in a single night. When he awakens from this nightmare, pulled back from the brink of death by soldiers in bronze armors and crimson cloaks, he finds himself bound for a future overseas in the Greek city-state of Sparta, where he will become either a soldier or a slave. Having lost everything, his fate now lies in the hands of the gods.

Journey Unknown, the first volume in Travis Campbell’s compelling The Children of Sparta series, is a historical fantasy where readers will embark on a journey that spans from the realms of the gods down to the bloody reality of life as a lost child in a world without a place to call home. With tragedies, victories, and struggles around every corner, readers will not only get a fascinating glimpse into what life was like in the ancient days before the Battle of Thermopylae, but they will be endlessly curious to know of the great destiny—which has come at a great cost—that awaits the young protagonist and his cousin.

FOR LAMBDA, WE BLEED …

WE BLEED FOR THE LAMBDA

Travis G. Campbell is an Aboriginal American story writer and entrepreneur, who has a determination for rediscovering history, passion for new adventures, and a profound interest in spirituality. After finishing undergrad and having always been acknowledged for his creative writing skills, Travis knew it was time to make his imagination a reality. Thus, he put pen to paper and composed the world, events, and characters he had been dreaming about for some time. The result was Journey Unknown, his first publication, which is the first volume in an ongoing book series titled The Children of Sparta. Travis Campbell currently lives in New York City with his family, where he is finishing his graduate studies and working on building his media company called “The Lighten Up Production.” So please stay curious for new releases of Travis’s projects that have long waited to be revealed to a world in need of an escape from the realities of life.